One of the most important positions on any basketball team is the point guard. A point guard can make or break a team with their ability to take care of the ball, getting their teammates open shots, or being a scoring threat themselves. If you’re wanting to play the point guard position then you have to know what to work on and Jason Otter’s Point Guard Elite Series is here to guide you every step of the way.

Otter is considered to be one of the best basketball minds in the game and his camps are the most sought after for players looking to work on skill development. He travels all over the world training players of all ages and levels but he is bringing his camp to you with the Point Guard Elite Series. It’s a high intensity training program for serious players where Otter covers every skill you need to be a top-notch point guard.

In this article we’re going to dive into the main areas Otter’s focuses on in his series: point guard mentality, ball handling, using your dribble to attack, passing to your teammates, and being a scorer. All of these areas are the fundamentals of a strong point guard - and when you can add not just one, but combine all of these skills into your game then you’ll become an unstoppable point guard.

Mentality of a Point Guard

Before we get into the skills and drills, lets breakdown Otter’s philosophy and mentality of a point guard. This will help you have the right mindset while you’re working on your game. Point guards are the floor generals on the court. They understand the flow of the game and know exactly what it takes to win. Here are some qualities that Otter focuses on when he is training point guards to be better: 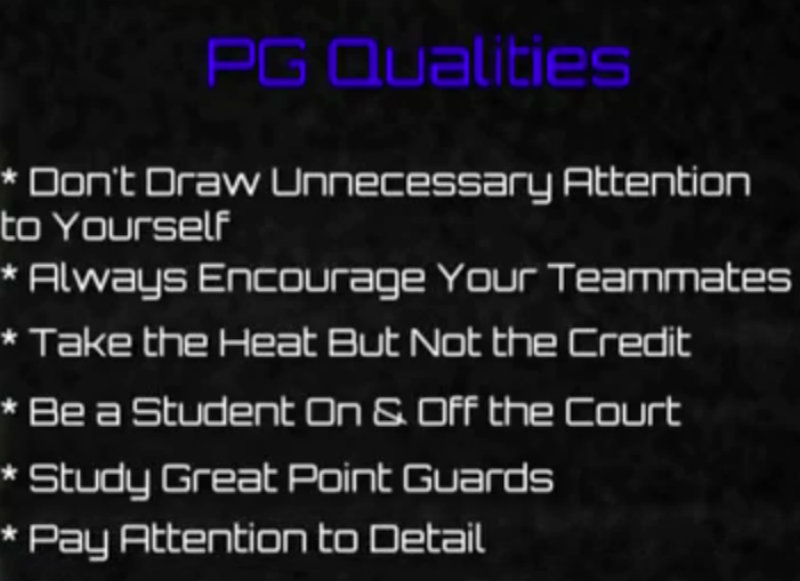 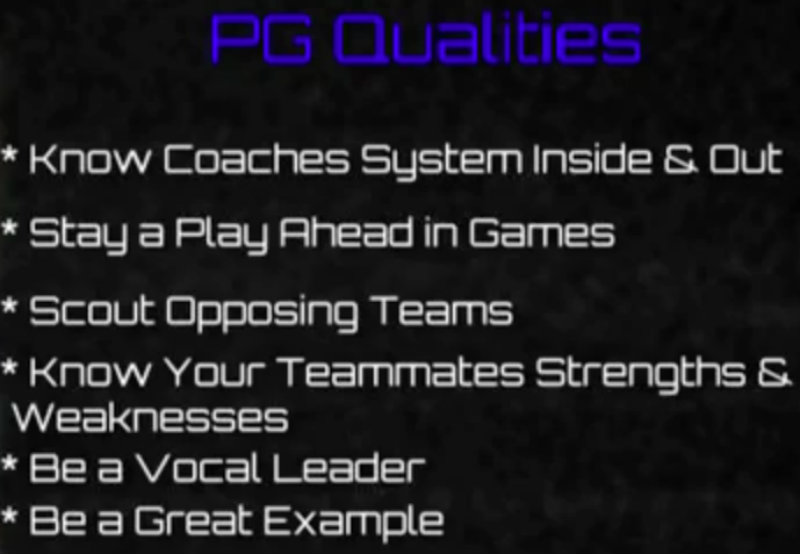 What Should a Point Guard Work On

Otter includes everything in his Point Guard Elite Series, but we are going to focus on these four specific areas:

Ball Handling. Point guards constantly have the ball in their hands on the court. They’re responsible for bringing the ball up the court for their team and taking care of it against the defense. To work on these things, there are a number of drills you can do.

Attacking With The Dribble. It’s essential for point guards to be able to attack their defender with the dribble. Everyone talks about basketball being a game of speed, but it’s actually a game of acceleration and change of direction. If you want to a legit player in this game, you’ve got to be able to move by your defender.

Passing To Your Teammates. One thing point guards have to understand that it’s important they can deliver the right pass to the right person at the right time. Being able to do this makes the game easier for you and helps put points on the scoreboard.

Being A Scorer With The Ball. Otter preaches point guards to be scorers for three main reasons: 1) the ball is always in the point guard’s hands, 2) late game situations you need to be able to knock down free throws, and 3) makes you a step quicker because defense has to play you tighter. All three of these reasons play off of each other and can make or break games. To focus on being a scorer you should work on your form shooting and finishing at the rim.

The key to making any team great revolves around the ability of the point guard to get the job done. If you’re looking for more drills that emphasize both offensive and defensive concepts for playing the point guard position then take a look at these videos.

Now that you know what you need to work on to become a better point guard you might consider adding these training aids to your work-out to see maximum results.

There’s so much to know about playing point guard and finding out what exactly you need to add to your game. If you want to learn more about developing your skills from one of the best in the world, check out Jason Otter’s Point Guard Elite Series. Otter not only goes into incredible detail but he does his own demonstrations as well. If you put your game into Jason Otter’s hand, you will become the best point guard you can be.