The 2-1-2 Zone Defense is a compact zone designed to protect the middle of the paint by utilizing the strengths of man-to-man and zone defenses. Your defense is set-up in the shape of a “X” with two players up top, one in the middle, and two on the bottom. Essentially, your top two players are playing man-to-man defense while your bottom three players are play a triangle zone.

Strengths of the 2-1-2 Zone Defense

Weaknesses of the 2-1-2 Zone Defense

Generally, any team can play a zone defense because they offer flexibility to be able to fit all types of personnel. The reason for this is because the success of a zone is built on executing rotations correctly and rebounding missed shots and less about player type.

However, for the 2-1-2 Zone Defense to work its BEST, your team needs to have a good shot blocker to anchor the middle of your defense. If you have this type of presence in the center of your zone then the only way for the offense to beat you is from the outside. Opponents with strong outside shooters will pose a threat to this defense so you may want to rethink this as you option if they can knock down shots.

This defensive approach is ideal for opponents who want to play an inside game whether that’s scoring with post players or guards who like to dribble penetrate. With three bottom defenders, it will discourage any team from trying attack the middle.

The 2-1-2 Zone Defense is a compact zone designed to protect the middle of the paint by utilizing the strengths of man-to-man and zone defenses.

As you can see, Player 1 and 2 start between the elbows and three point line. Player 3 and Player 4 start just above the low blocks while Player 5 starts in the middle of the lane. 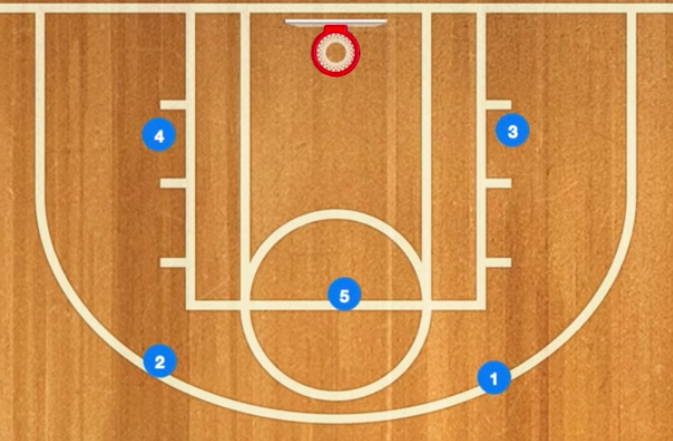 Players 1 and 2 are responsible for preventing penetration and guarding perimeter offensive players on their side of the court. They each cover an area from the middle post out to the 3-point line. When one player has to go out, their counterpart shifts to half court and supports. Thus, 1 and 2 need to be constantly moving when the ball is above the middle post line.

Players 3, 4 and 5 are responsible for preventing post play, dribble penetration, and rebounding. They form a defensive triangle in the paint with Players 3 and 4 each covering the low blocks and corners on their sides of the court. Whereas Player 5 moves in a half circle and follows the ball. They cover the high post when the ball is at the top and front the low post when the ball is on the wings or in the corner. 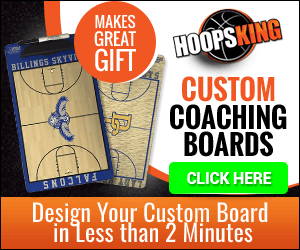 Ball at Top of the Key

If the basketball is slightly on one side of the court at the top of the key then the only players who really shift are Players 1 and 2. The player who is on ball-side will shift to guard the ball while the other player will shift to cover the high post area. The bottom three players stay in the same positions regardless of where the ball is located at the top of the key.

Ball on the Wing

Ball in the Corner

When the basketball is moved to the corner, your ball-side Bottom Player will go out to guard. As that happens, your Middle Player shifts to ball-side block to front the low post area while your weak-side Bottom Player has options. They can shift over to the middle of the lane as help defense for any offensive players trying to attack the low post or lane area or stay in a rebounding position on the other side of the court.

With the ball in the corner, the ball-side Top Player denies the offensive player on the wing to prevent any passes out of the corner. The weak-side Top Players is still at the elbow guarding the high post area.

While this happens, the Top Players will collapse onto the offensive player from the top. This should increase the likelihood of the offensive player passing the ball back out. As well as, your Bottom Players collapse on the blocks to protect the basket and discourage any passes into the low post. The only pass you want to be made from the high post area is back out to the perimeter.

What does this look like on the white board? Watch this video for a break down of 2-1-2 Zone rotations.

What does the 2-1-2 Zone Defense look like in real time? Check out Duke Men's Basketball team practice their zone defense attack.

And another game-speed demonstration of a 2-1-2 Zone Defense...

This 2-1-2 Zone Defense Guide should cover everything you need to know about this defense, but there's always room to grow. One great learning tool is Coach Dave Loos The 2-1-2 Match Up Zone DVD. In this DVD, Loos shows how to effectively implement the match-up zone and force the offense to make changes. With on-court demonstration, Coach goes through every rule and responsibility for each position in the zone.

To learn more start browsing through our vast selection of Coaching DVDs right now. Our basketball training videos feature the best of the best. From the top coaches in high school, college, & the Pros to the best basketball trainers who teach Pro players we have them all. We have DVDs for rent by mail, downloads available for purchase and 48 hour rental.

You can watch them over and over, take notes, and then rent another DVD over the same topic and very quickly your knowledge of a specific topic will reach mastery level. See how the best coaches teach the game, how they talk to players, how they drill, and you can take their knowledge and apply it to the court right away wherever you coach. 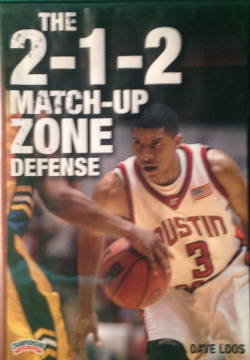 To beat a 2-1-2 Zone you must skip and make ball reversals to get the defense out of position. Your must also be ready to knock down shots. The 2-1-2 Zone is to keep you out of the paint but it then is hard for defense to guard outside shooters. Learn more indepth plan to running & breaking the 2-1-2 Zone Defense HERE.

The 2-1-2 Zone Defense is perfect & felxible for all teams. Teams with a strong center & shot blocker will ensure no easy paint scores and forces your opponents to take low percentage outside shots. This is a great defense to counter to teams who mainly score inside the paint or guards who dribble penetrate the middle.

To teach the 2-1-2 Zone you must know the positions: