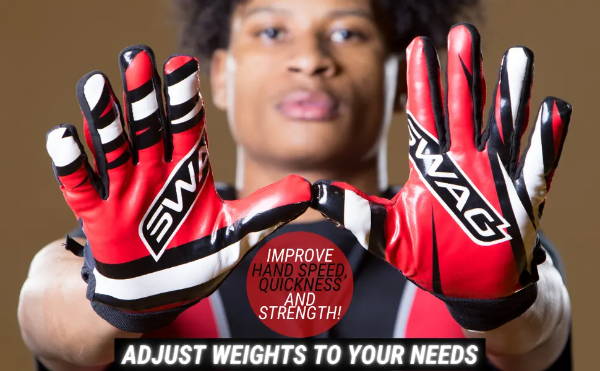 Do weighted gloves work? Athletes use weighted gloves to train hand speed, develop arm strength, and even upper body strength in the shoulders. Weighted gloves have been used by athletes for many years as well as people who just exercise for extra resistance training while doing normal workouts.

Weighted gloves are also useful in physical therapy and are shown to help with tremors related to Parkinson's disease.

So yes, weighted gloves work because they provide resistance training just like normal weight lifting does except you are wearing the weights.

4 Benefits of Training with Weighted Gloves

A common question is "Do weighted gloves increase hand speed?". The answer is yes. The additional weight resistance will force the muscles in your fingers, forearms, and shoulders to adapt to the overload. These muscles will get stronger and make your hands quicker and faster. You'll also be improving your grip strength which is important in sports and life.

Let's take basketball as an example. While wearing weighted gloves a pound or pound and half of weight per glove may not seem like a lot, but after you've done hundreds of dribbles with each hand you quickly discover it's not as easy as it looks. Your first basketball dribbling workout with weighted gloves will most likely be difficult and you should ease into it by adjusting the weight to an appropriate age and skill level.

Your endurance will also be tested when dribbling with the weighted gloves on as you will have to work harder to perform each dribble. After a few weeks with stronger muscles and more endurance, you'll be dribbling the basketball harder and have more control over it when not using the gloves. Your confidence in handling the basketball will also increase.

You can change the basketball example above and put in your sport and you'll get the same results of increased strength and stamina. For example, taking a hundred swings with a bat is the same result as dribbling a basketball.

Let's say you run the 100, 200, and 400 yard dashes. The extra weight of the gloves will force your upper body, legs, and cardiovascular system to work harder. They will all adapt making you stronger and giving you more endurance. Now the 100 and 200 yard dash aren't much of endurance races but you will feel much lighter and faster running those without the weighted gloves on.

The 400 yard dash you will see the same benefits of feeling lighter and faster, but also gain more endurance benefits. We suggest going heavier with the weighted gloves when doing sprint work and lessening the weight on longer distance races and build up gradually.

Run a mile with weighted gloves on during your training and you'll soon find you don't have to exert as much energy when you don't wear the weighted gloves. You'll find your mile times improving.

How Heavy Should Weighted Gloves Be for Sports Training?

The general rule of thumb is that you should start lite and add more weight as you strengthen your muscles. You don't want to sacrifice your form when performing athletic skill movements. For example, when doing workouts, if you have to change your form because of the weight in the gloves then you are using too much weight.

The S.W.A.G. and Homer Handz weighted gloves have adjustable weight which allows you to reduce the weight resistance from less than 1 lb per glove on the small pairs to less than 1 1/2 lbs per glove on the extra large size. Removing the weight resistance off the back of the hands to start with and then slowly adding in some of the four adjustable weight bars as you get stronger is the way to go.

How are Weighted Gloves Useful in Running?

Using weighted gloves when running in any sport will cause an overload on the upper body and build arm and should strength. So you will build muscle which will help you run faster. Now the additional weight resistance will also increase your aerobic capacity since you will have to lift the extra weight with your arms as you run.

This is a benefit in any sport as the athlete will typically be running in football, basketball, running the bases in softball or baseball, tennis, and track and field. Wearing weighted gloves while training is easy because all you have to do is wear them and do your normal training routine. 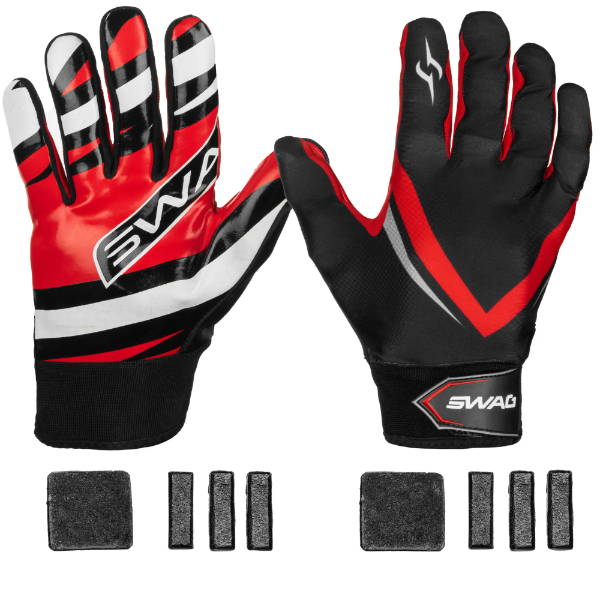 For example, a baseball or softball player would likely want the weighted gloves loaded to capacity when taking batting practice but may not want as much weight resistance when throwing a baseball or softball. Now, this can vary depending on the age and strength of the athlete but this is one example. 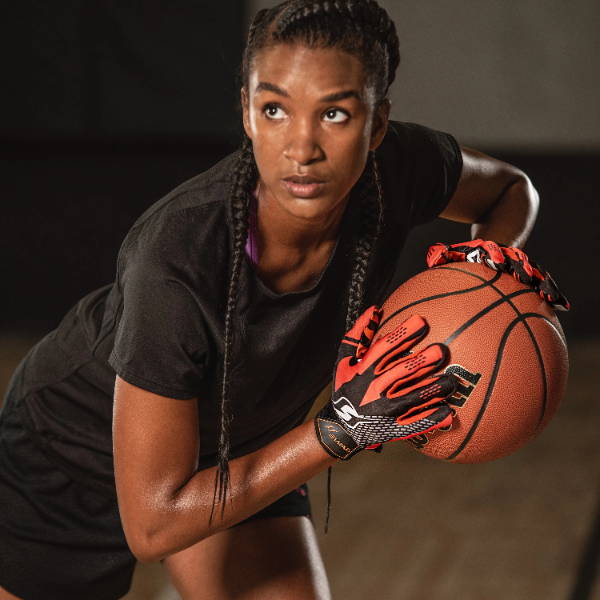 Hoop Handz weighted gloves are different from the S.W.A.G. weighted gloves in that they are no adjustable weights in them. Hoop Handz are currently on sale for only $49.99 with free shipping so don't miss out while these are on sale.

All of the weighted gloves available on our site feature individual weights in between the knuckles. These weights are curved to form fit the fingers and are hinged to be flexible to provide comfort when wearing.

The velcro strap at the bottom gives a secure fit so the gloves won't slip off your hands during use. Individual pouches hold the weights in place on the hands.

What Do the Weighted Gloves Weigh? 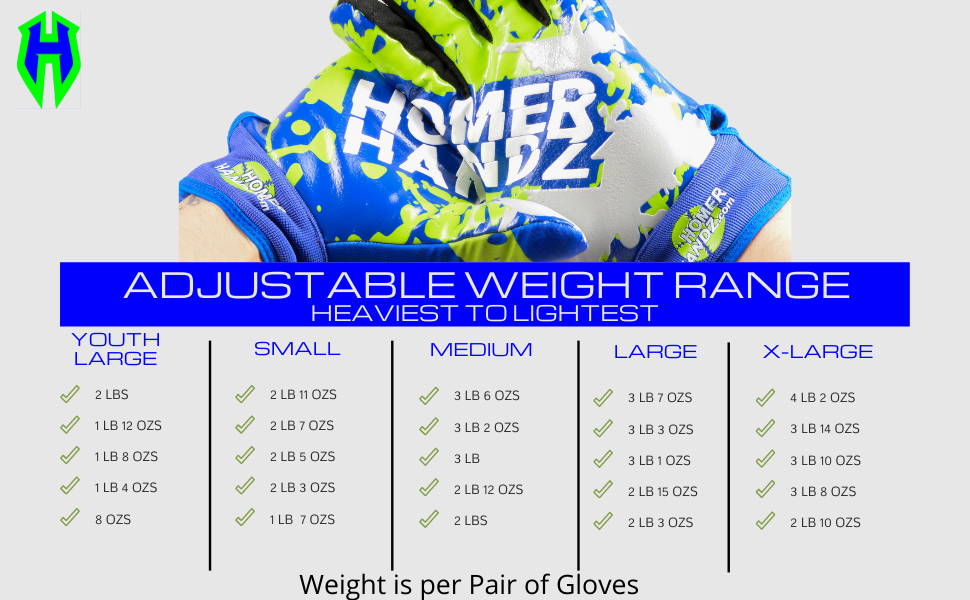