Players And Coaches Know If They Are Getting Low Enough

You Are Instantly Quicker Without Doing Any Extra Drills

Before you spend a lot of time doing Speed & Agility workouts, make sure you are moving your body efficiently. Learning to move your body more efficiently is an instant way to become a quicker player either off the dribble or catch. 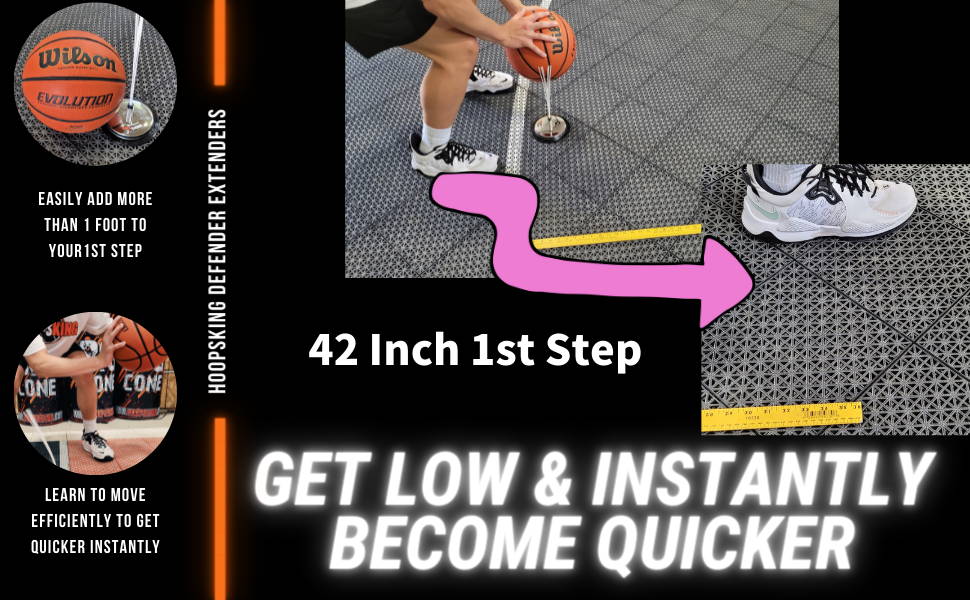 Get Players Lower without Constant Reminders

Let's be real...most players won't get low because it takes more effort. So how do you convince players to give more effort? With the Rip Quick Stick they can see the instant results from getting low and giving that extra effort.

All you have to do is use the Rip Quick Stick and show them how much further they can step by getting low which puts them by the defense that much quicker.

Reduce Turnovers by Being in Attack Position

Too many Youth through High School players aren't aggressive enough when catching the ball and the defense puts those players on their heels and immediately eliminate them as a scoring threat.

Training with the Rip Quick Stick puts players in a natural attack position on offense - Triple Threat. Use the Rip Quick Stick to work on multiple pivots and sweeps with the ball to get players to play with poise and use their feet to move the defense to create passing and driving lanes. 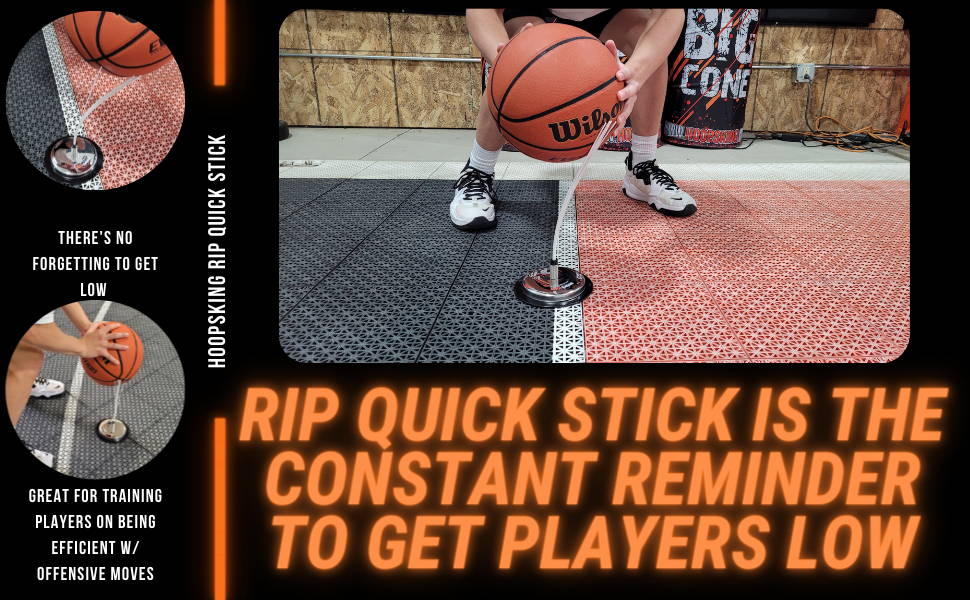 Add the Rip Quick Stick to your training arsenal and watch players get lower and:

Order today and try the Rip Quick Stick. It's Risk Free! 30 Day Money Back Guarantee if you aren't satisfied.

Retail:
Our Price: Now: $29.99
Was:
Hot off the press is the newest release from Lason Perkins that details over 40 actions to use against zone defenses. The "Zone Killers" DVD by Coach Perkins is one of our most successful offerings...
BKD-5003K

Retail:
Our Price: Now: $19.95
Was:
If you want to develop serious hand strength for basketball then this basketball training equipment is for you. The Heavy Grips hand gripper series was developed for athletes who want to take the...
TE-0100

The Art of the Quick Release

Retail:
Our Price: Now: $15.99
Was:
Rental Term Highlights  We only rent DVDs in the USA.  No rental DVD orders will be mailed outside the USA.
R-7068

Retail:
Our Price: Now: $19.99
Was:
Type a description for this product here...
ARMSLEEVE

Retail:
Our Price: Now: $18.99
Was:
John Spezia has coached at every level and is currently the head basketball coach at Notre Dame de La Salette Academy in Illinois. In this open practice, on the court video; Coach Spezia helps you...
R-5887

Retail:
Our Price: Now: $18.99
Was:
Jamion Christian, head coach at George Washington University, is known for executing set plays within an aggressive offensive system that dates back to his time at Siena and Mount St. Mary’s...
R-5855

(Rental)-Drills to Build Your Man to Man Defense

Retail:
Our Price: Now: $18.99
Was:
Chris Holtmann has built a career around playing outstanding man-to-man defense. The Ohio State head coach breaks down some of his best defensive drills in this on-court video. You will see some of...
R-5665

Retail:
Our Price: Now: $18.99
Was:
Switching man-to-man defenses continue to take offenses out of their element and create problems. LaSalle head basketball coach Ashley Howard has been a proponent of aggressive man defense since his...
R-5733

Retail:
Our Price: Now: $18.99
Was:
Robert Morris University head coach Andy Toole shows you how to emphasize shooting and transition in practice so you can play fast and score a ton of points on game night. Toole is a two-time NEC...
R-5857