We all knew at the begging of this season that Lakers are not going to be a good basketball team, just very interesting to follow. It all went very fast from rebuilding a Championship team to a Space Jam 2 casting, so it is very obvious: Lakers are a group of characters rather then a basketball team.

Nevertheless, they were able to beat Portland 114 - 110 even though they have issues playing defense. Lets see the mistakes they made when defending one of the pick and rolls in this particular game. 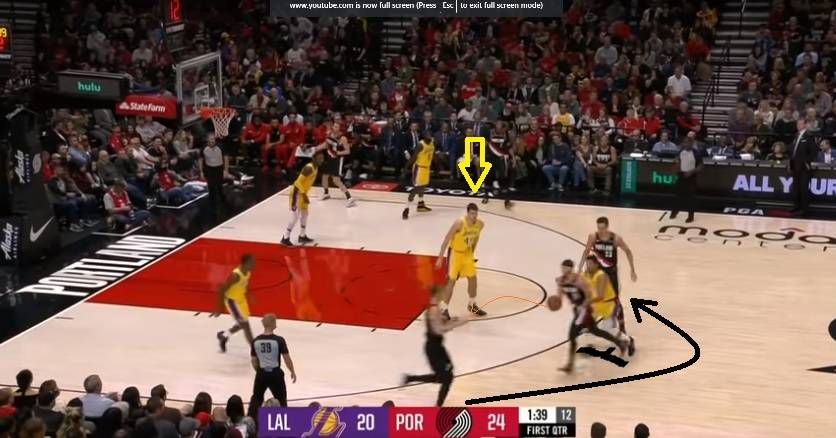 The action started with the hand-off between the guards, while the big man prepared to set up the screen. I see here two questionable decisions by the defense: 1. Ivica Zubac is standing far from the screen (yellow pointer). 2. No communication between the defenders guarding players involved in hand-off action. While the player guarding primary ball handler is on his man, the other one is waiting for the switch. 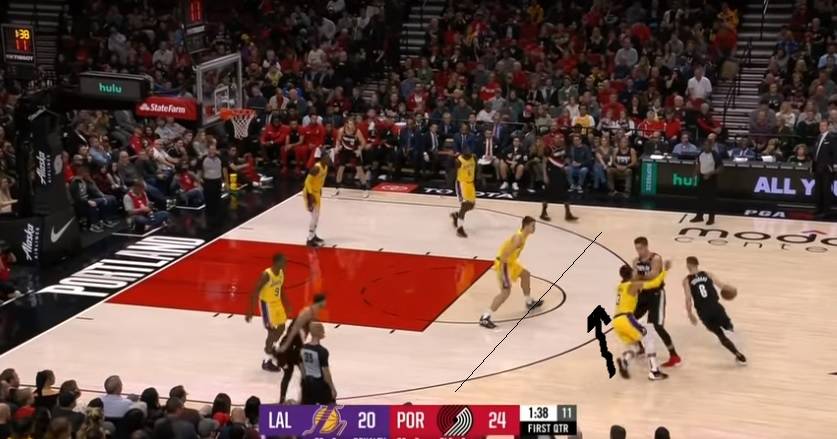 As the action continues, still we have Zubac too low beneath the level of the screen and the on ball defender dying on the screen and going under it as the direct consequence of Ivica`s bad positioning. 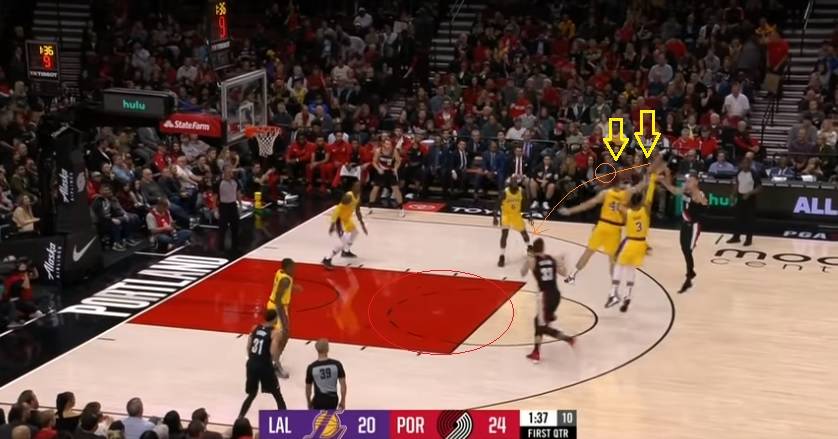 And this is the main picture. Player with the ball took a jump shot while the two players in yellow went to block him because of the bad defense. Instead of taking the shot, he passed the ball to the rolling big man.

The right way to defend this kind of screen: 1. Ivica should be at least stand in the level of the screen (I prefer hard hedge) 2. Guard going over the screen and reconnecting with the ball handler. 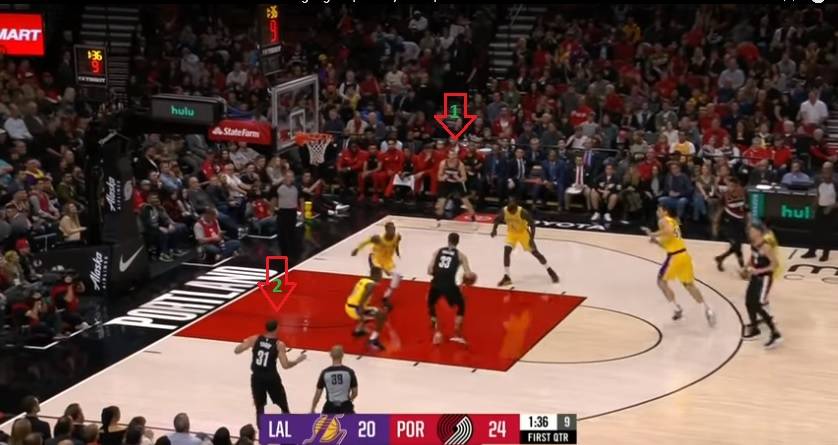 In the end, we have a big man in the center of the paint with the ball in his hands. He can finish, he can chose option 1 or 2 for a pass.

If you want to learn more defensive basketball systems, go rent a DVD by clicking on the link below: