Denver is at the top of the NBA! In tonight`s game they played Sacramento and won 126 - 112, prolonging their win streak to 4 - 0. Although Nuggets were the better team, this particular offensive set played by the Kings caught my eye. If we look at it play by play, in every moment players had multiple options to chose from in order to put themselves in a scoring position. Let`s analyze it together. 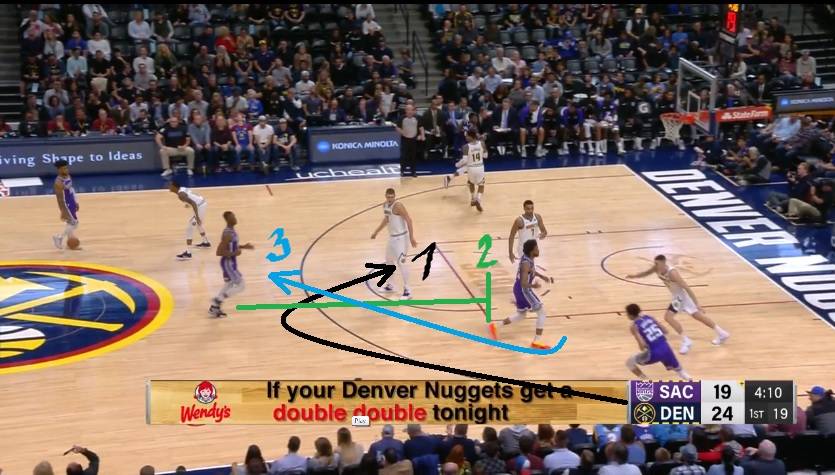 We have a setup with parallel positioning of the big man, aligned with the side line of the paint. The whole idea is that the action starts with the wide pin for the wing who will go towards the point where he will exchange a handoff with the Point Guard, and the trailing big man will screen for his partner who made a screen for the wing. The sequence of the plays is 1 - 2 - 3. 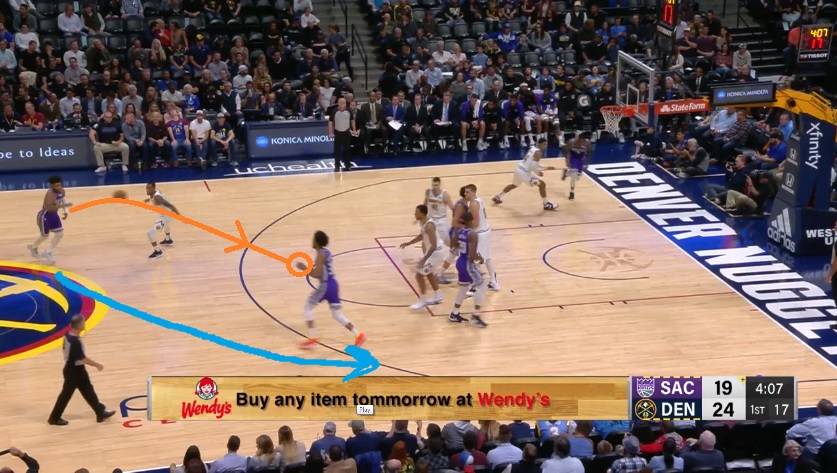 After the ball is returned to Point Guard, we have a cut by the Wing player towards the weak side. Player who was in the weak side corner is switching sides. 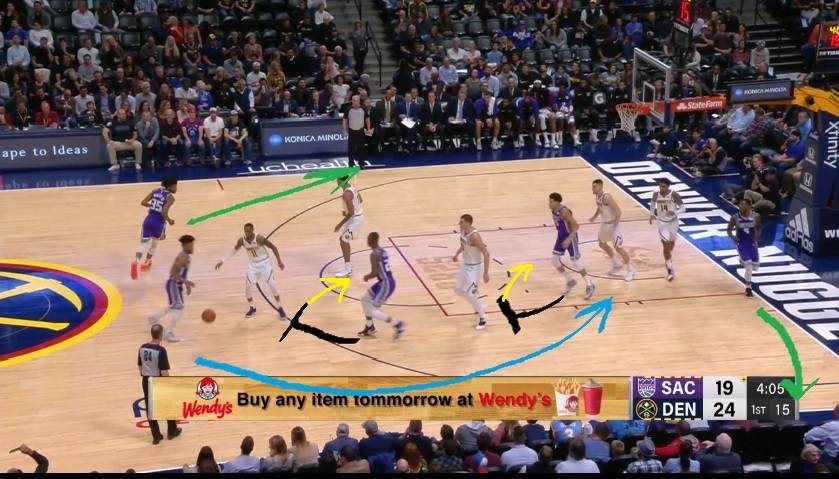 This is the best part of the offensive set. BOTH BIG guys are making consecutive screens, one on the 3pt line and second on the elbow, and the player with the ball is going to have an open path to the basket. If you take a look at yellow pointers you will see that somebody is going to be open for a layup, or for the shoot which will be presented on our next situation. 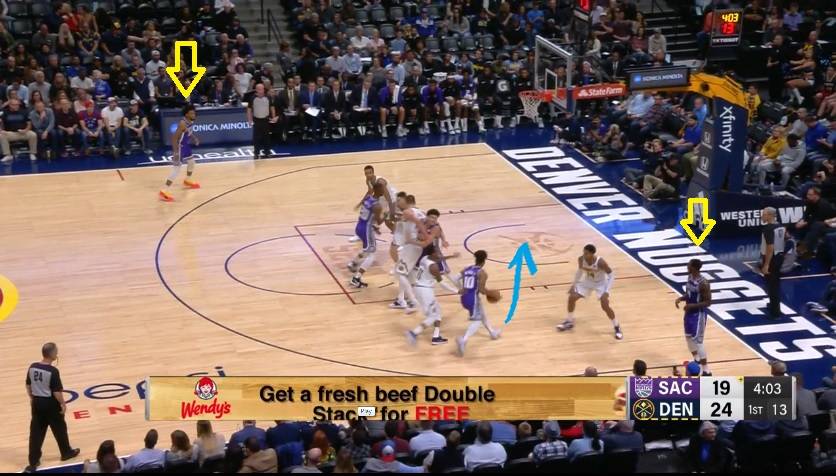 And here it is. Player with the ball has an open path towards the basket. If not, he can chose to pass to the shooter`s (yellow pointers), either on the active or passive side.

If you want to learn more offensive sets like this, visit Hoopsking by clicking on the link below: