Pick and Roll/Pop is one of the most used plays in basketball, but it seems that as frequent as it is used, not everybody is playing it the right way. The first offensive setup in a game between Portland and Milwaukee, was perfectly set and perfectly executed pick and pop action. For us coaches, I am going to break down this play and point out every possibility that your players will get. 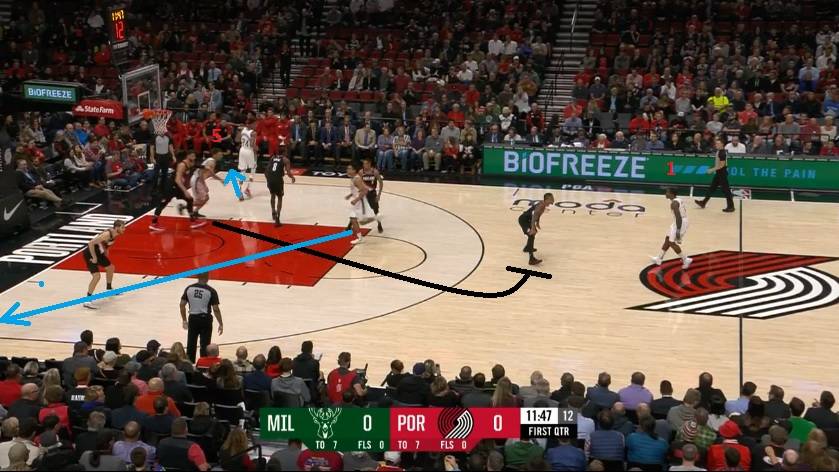 We have Bledsoe at the Point with the ball, and the man coming to play pick with him is Lopez. Other players are positioning themselves in a manner which will create a maximum amount of space for the action. 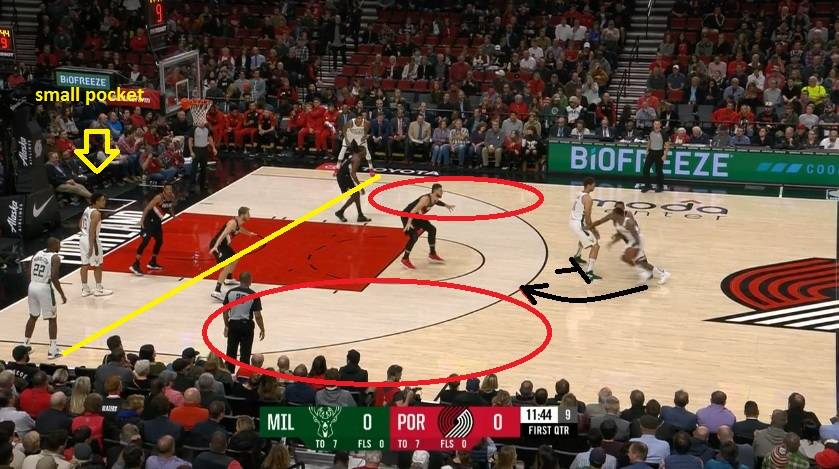 Bucks players are positioned in a way that they are spreading the court the best way possible. First thing that we need to point out is the level of the screen which is above the 3pt line. then we have wing players in the level of the no foul line in the paint, and we have a player in a small pocket area. If we take a look, red circles are representing the open space for the pick and roll/pop. 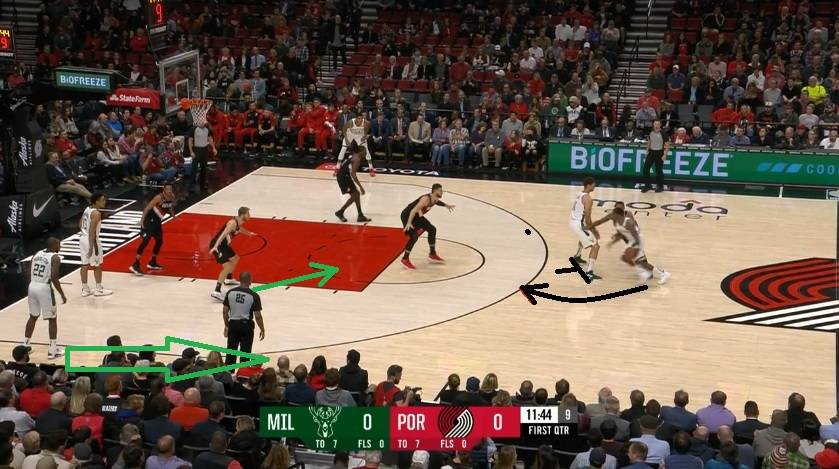 If the action is done in a way that the player with the ball penetrates towards the left side of the court, then we will have defensive rotation in a manner that the player guarding Middleton is going to close the penetration line, and that would trigger the pass to Khris who will just make a few steps towards the center (Green pattern). In the chain of events, as the defensive rotation goes on and Khris Middleton does not take a tree and the defender guarding the player in small pocket then switches to him, the ball will go on to player in the small pocket and Bucks will have an easy layup. 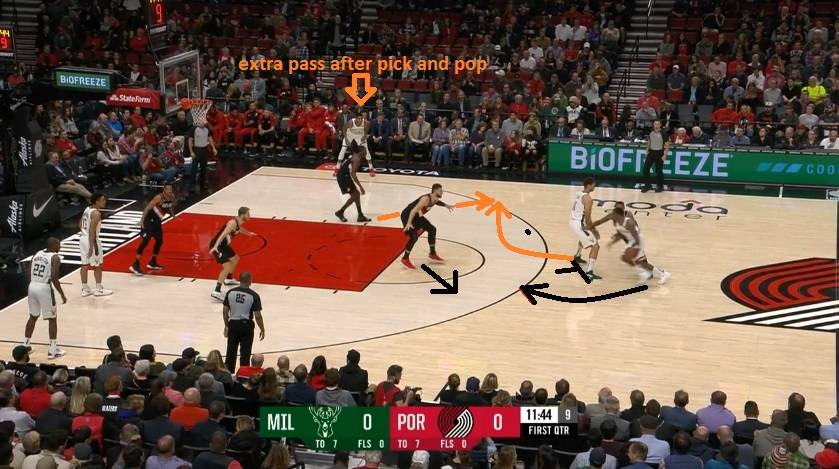 This picture is representing the sequence if the ball goes to Lopez, who went to pop after he made a screen. Brook Lopez is a good 3pt shooter and he is hanging on the arc all the time. If the ball goes to him after the screen, then the player guarding Giannis will rotate on to Lopez. The extra pass will then go to Greek Freak and he will have opportunity either to shoot or to drive all the way to basket. (Orange pattern).

As we can see, spacing is everything. If you make a good court geometry, the opportunities will open on their own and you will not need some extra offensive plays.

If you want to learn more pick and roll action, go rent a DVD by clicking on the link below: