This was the game where we could see a good team defense from Celtics, and a lot of individual offense from Russ. The first won by 101 - 95 just because they were less bad. Both teams are searching for a good form and the only reason Celtics are better is because of the effort on the defensive end.

From the coaching standpoint, this action caught my eye. It is a simple Read and React basketball, a pass and cut action executed perfectly. 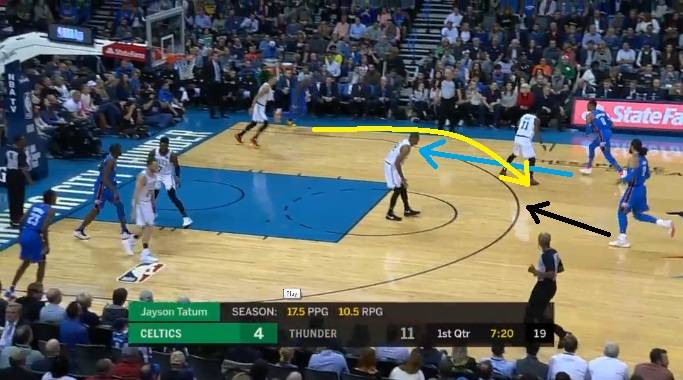 Westbrook came with the ball from the back court and he saw George in the corner. Adams is trailing through the middle of the court. 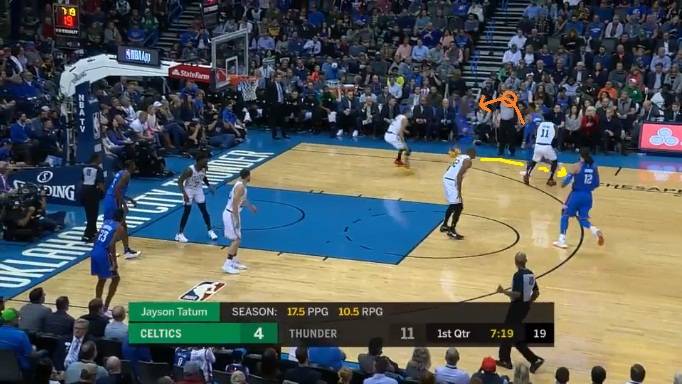 Westbrook went for a handoff and we have a switch on defense. Tatum took Russ and Kyrie stayed on George. Adams has positioned himself on the top of the paint and he is waiting to screen for the ball handler. It is a perfect plan: if there is another switch, then Kyrie will stay on Adams, if not then George will have time and space for the jumper. 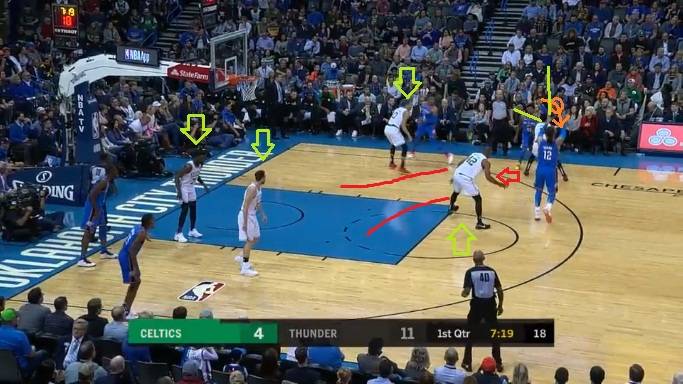 Here is the key play. George is aware that Kyrie is a bit high, so he is immediately passing the ball to Adams and making a cut. Also, Kyrie is making a guess that the screen is behind him and that too played a part of him being so high in defense. And the third reason for his bad defense is a flashy pass and him losing vision of the ball. 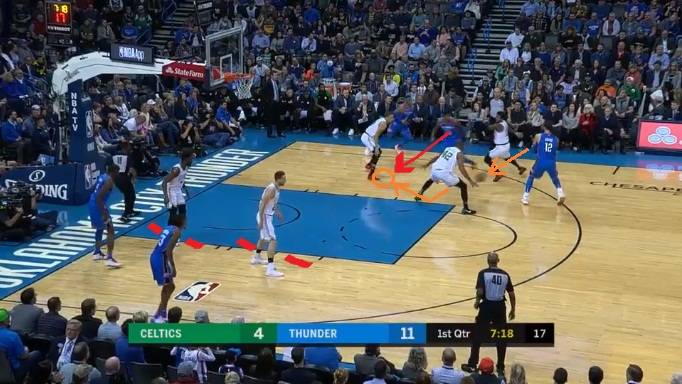 Adams is recognizing the play and making a perfect bounce pass inside the paint for George.

If you want to learn more of the Read and React basketball click on the link below: