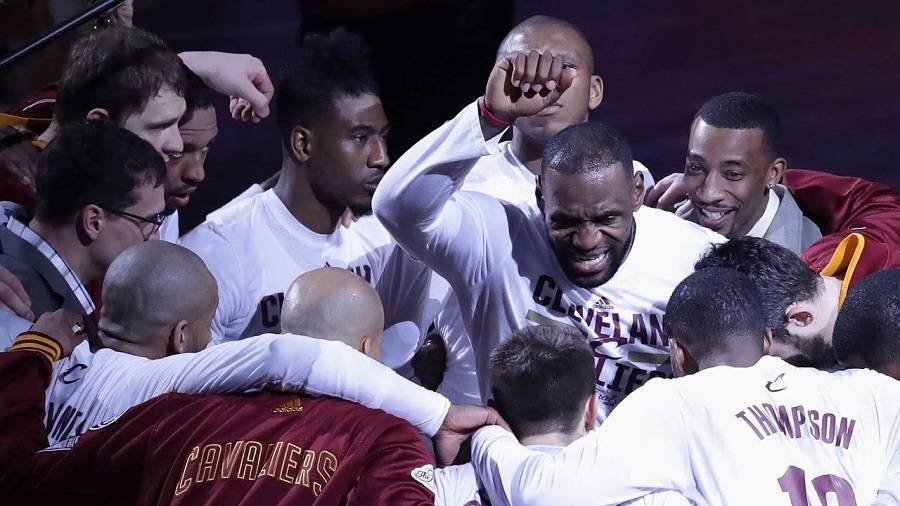 Leadership is a very lonely place. No matter how big your team is, sometimes it's just you. This means you sometimes need to look inside yourself for motivation and inspiration, or you can find personal inspiration from someone who has been there, done that...and most important of all, do it well.

If we take a look at great teams, it was always a group. Yes, there was Jordan, Kobe, Duncan, James, Steph, who was considered the best, but if you take a look the players around them, you will notice that there are many Hall of Fame level players around them. Pippen, Shaq, Wade, Bosh, Durant, Green, Klay, they are all on the same basketball level as the ones in the first Tier and they all had great success on their own.
You cannot go to leadership all alone. Great teams prevail when they grow and evolve together when they support each other when they go on the court as a unit.

It’s hard to understand what this really means until you are put in a position to lead and to meet the expectations that are placed in front of you.
If you follow NBA, and if you are a true fan and you have knowledge about this sport, the high-end level of expectancy made by the fans has been that the Cleveland Cavaliers are going to the 2018 NBA Finals because they had LeBron James who willed his all-time great talent through a supporting cast of mediocrity. If you follow the Cavs now, you know that they went from being the second best team in the World to the worst record in the NBA.

The Cleveland Cavaliers were able to get to the 2018 NBA Finals following these 4 transformational things LeBron James has implemented in his team: 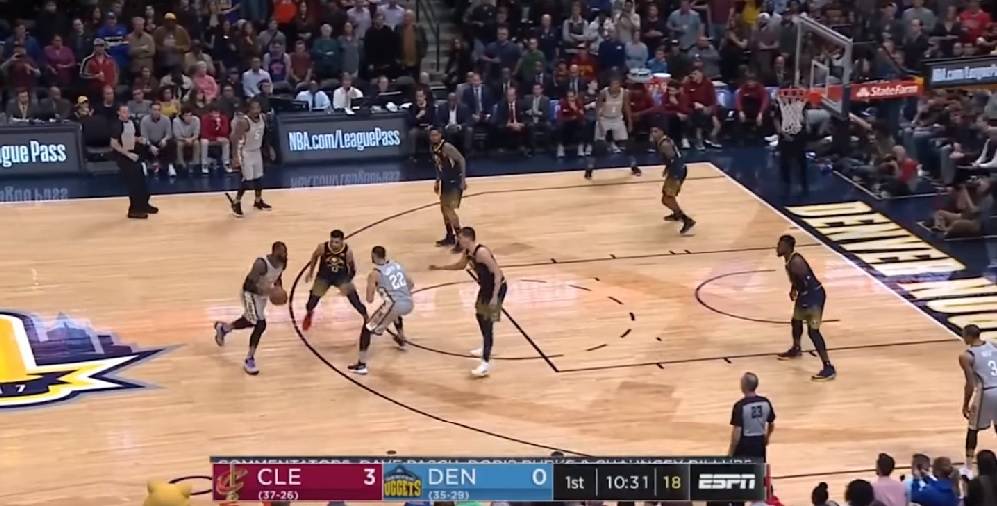 When we are thinking about spacing on the basketball court, we are trying to understand what is the best geometry, best alignment of the players that are going to put them in a position to maximize their both talent and assignment when they find themselves in certain offensive and defensive plays. This concept of being in the right place is crucial to leadership success and the overall capability of high-performance teams. A good leader is going to give his employees the space to cultivate their ideas and to share their ideas with others knowing that it will all be truly examined and thought of. Spacing is giving leaders and teams endless possibilities to explore their own individual strengths and capabilities. LeBron James is a master at connecting the dots that don’t yet exist and putting the pieces in right places. He understands how all of his teammates think, breathe and sleep, he knows their weaknesses and flaws, but best of all is that he knows what are their strengths and they know that he knows. James has the power to create optimal alignment between him and his teammates in a way that the team is capable of producing 100% of its potential in any given moment. 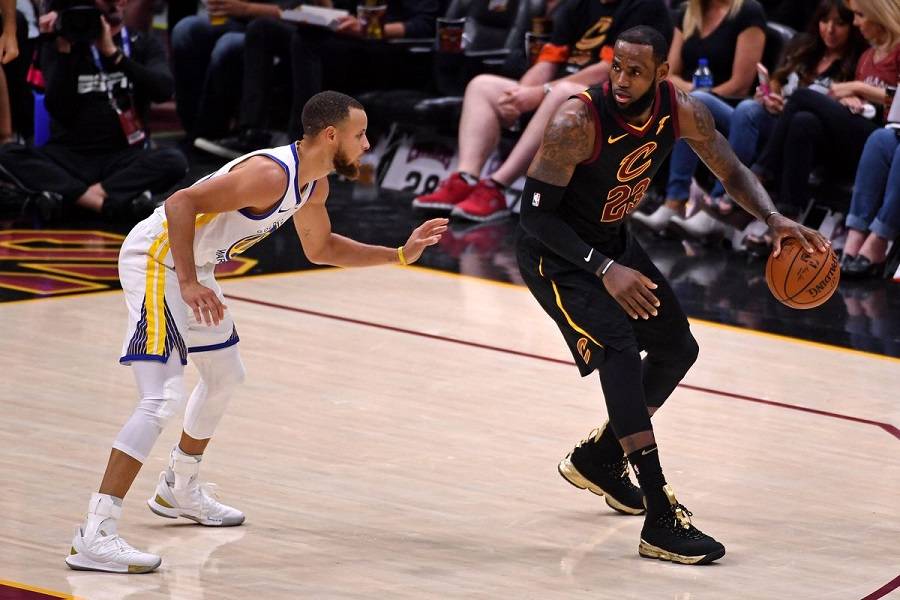 Throughout the playoffs, another interesting information that merged out of nowhere is the fact that LeBron poses a photographic memory. James has the power to replay in his memory all the things that happen during a game, a sequence of plays that had taken place throughout a game.

Great leaders are constantly going through every situation in their minds, analyzing both the success or failure factors that lead to a positive or negative outcome. There is a saying that either you win or you learn. 99% of the things in life are not as important as they seem, and the only time that you are going to lose is the time when you think that you know it all and that you are done learning.
For many years, James was not considered to be a man for the moment. He was not considered to be Clutch! And Kobe was considered to be an ultimate clutch player. If you take a look at the numbers, the narrative is going to change drastically. At this moment we need to ask ourselves:" What is harder in basketball? Making a bad shot go in or being able to create a good opportunity for a good look?" Basketball fans miss-understand the meaning of taking responsibility. Kobe took every possible important shot for his team, and he made a small percentage of them. I respect that. But, LeBron always made a right play, both if the decision is to go for a basket all by himself of to pass a ball to a player that is in a better position to score then he is.
Some can say that he is cleaning his hands off of responsibility, but the truth is he is playing the game the right way. People need to realize that both ways it is his responsibility, but the difference is that if the action does not end the positive way, not only that he is to blame but to call the coward as well. 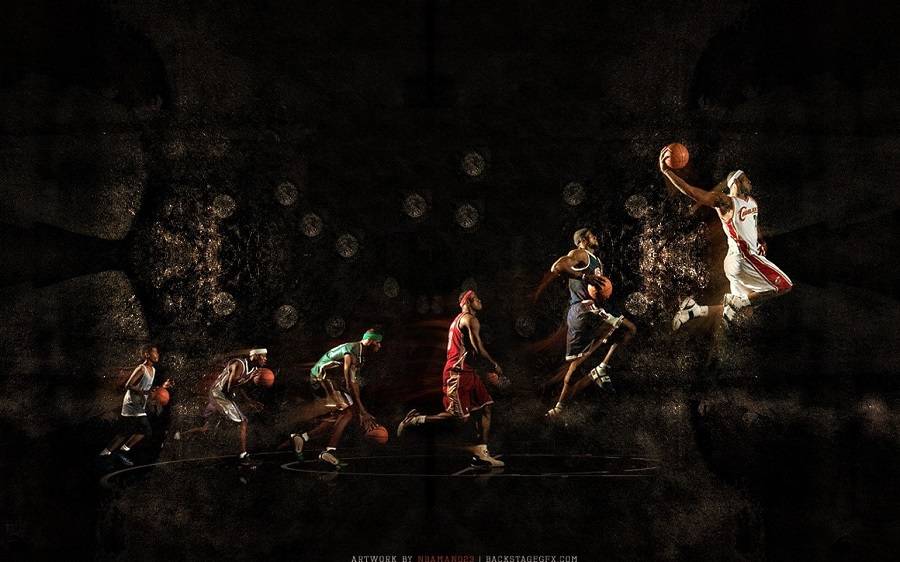 Wisdom teaches us the importance of being patient. In today’s rapid-paced workplace, patience has lost its value. The world rarely appreciates the methods that lead to earned success, so the arms that bring the immediate success are most valued. One of LeBron James most understated skills on the court is his ability to be patient even if the demands from The King are unheard of. The pressure to deliver upon these expectations can be too much to handle but LeBron James has done what most players fail to do enough: continuously reinventing his game while keeping the level of greatness all the time.

LeBron is on a constant mission of taking care of his body and his mind. While most of the fans believe that his pure athleticism and size (6 ft., 8 inches; 280 pounds) are defining his quality, it actually is his power to transform. In his carrier, LeBron has changed his body, his skill set, his mind, his role, and all of this by keeping his performance level at all time great.

It is equally important to be mentally and physically prepared to be a great leader. Patience and reinvention are crucial processes needed to have a long term leadership success and ability to allow your team(s) to beat the expectations and limits.

LeBron James knows exactly who he is. When you hear him speak about his teammates, you get a filing of vast amount of familiarity between them (their good and bad sides, their circumstances in life and family, their personal and professional preferences, etc.). LeBron knows that leadership means that we reacquaint ourselves with our people. LeBron is teaching us how high-performance leaders and teams demand that the focus has to be on inclusion and the power of individuality. In other words, you don’t have to buy the most expensive players, nor recruit veterans with the best experience, to create winning teams. You just need to focus on extracting the best quality out of the players that you have and be sure that it can just enough to have them to contribute to building a team capable of being in the finals 4 times in a row.
If you take a look at the current standings, we can see that the team that was with LeBron second best basketball team in the world is now dead last and that another group is launched in the top of the Western Conference with the same guys that they had last year, L.A. Lakers, it is obvious how special the King is.

Today’s leaders must grasp the power of individuality and inclusion. The speed of change and transformation determines it. Enterprise leadership must stop defining the individual because that system is wrong and it only leads us all down a path of playing not to lose. The leadership of the new era is all about allowing the individual to influence more and giving them the room to be more inclusive (regardless of the hierarchy). This kind of mindset is going to lead us all down a path of playing to win because this way everybody will care for everybody and the group of individuals will become a team capable of overachieving.

If you want to learn more about leadership skills, go to Hoopsking and rent a DVD by clicking on the links below: 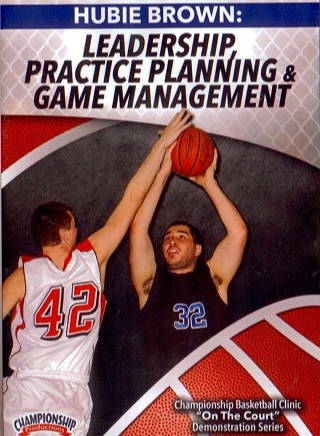 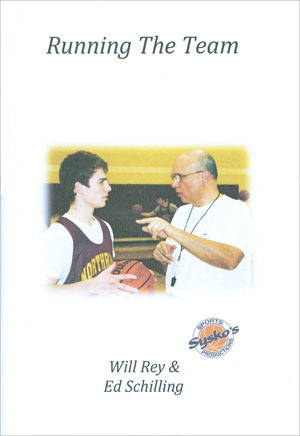