Who is the best two guard at the NBA right now? I mean the real, Michael Jordan/Kobe Bryant/DWade(prime) old school type of two guard? I`m going with the DeRozan. We all know the guy has the ability to shoot mid range jumpers on or off of dribble. We all know he can shoot threes. But, if we go deep in to his game, we can say that he is an Elite finisher around the rim.

And, it is no wonder Coach Chris chose DeMar to tell us, to explain to us, to teach us, why are his moves so good, and what do we as coaches need to focus on so we can teach our players how to be more efficient around the rim.

The first thing that we notice is that DeMar has outstanding court vision that goes with exceptional feel for the defensive tendencies. You can watch all the video of DeRozan and every time you will get a feeling that he know exactly where the defenders are and what are they about to do. 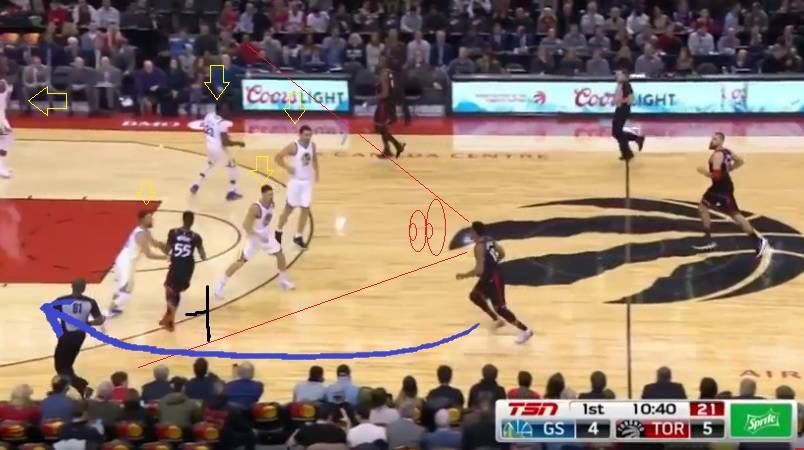 In this particular situation, he notice that the paint is empty, that the last man in defense is locked on his defender instead of being in the paint with one foot and looking at DeMar. Also he sees that his player is going for a screen , and that player that is guarding a screener is not positioned properly. 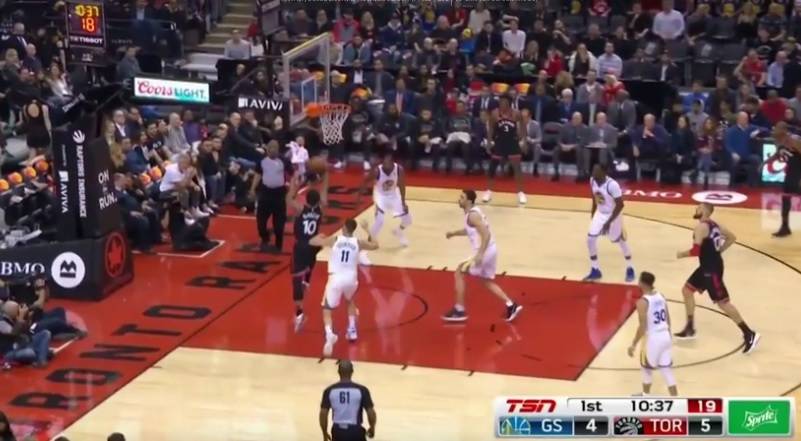 As he drives to the bucket, he fly`s by his defender and goes for a layup with his inside hand, and as Coach Chris says, it is a quicker shot and there is a minimal to none chance that it can be blocked.

Let`s take a look at the video:

On this next situation, DeMar is again using inside hand because he is reading the defense so well, and as the Coach Chris points to us, he is slipping the ball near the rim and the defense thinks it is going to be an off board layup marked with the red circle. 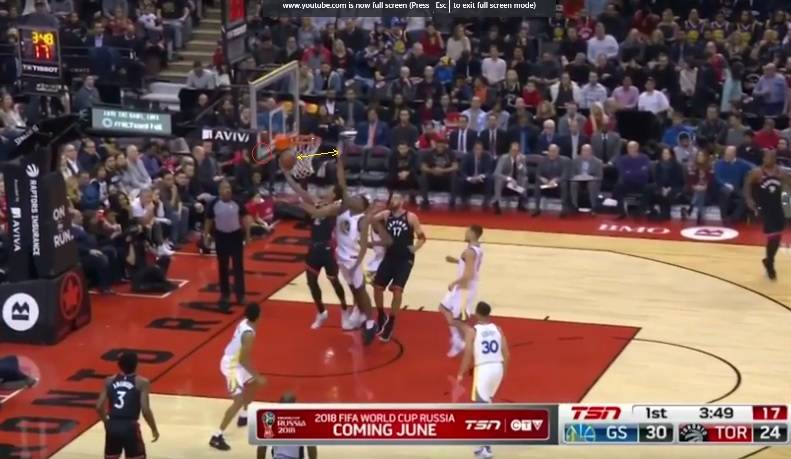 The next thing that Coach Chris is going to break down for us is DeMar`s floater. In this situation, we have a screen coming for him. Again we are witnesses to his greatness in court vision and defense reading, that results with unconventional pick and roll offense. 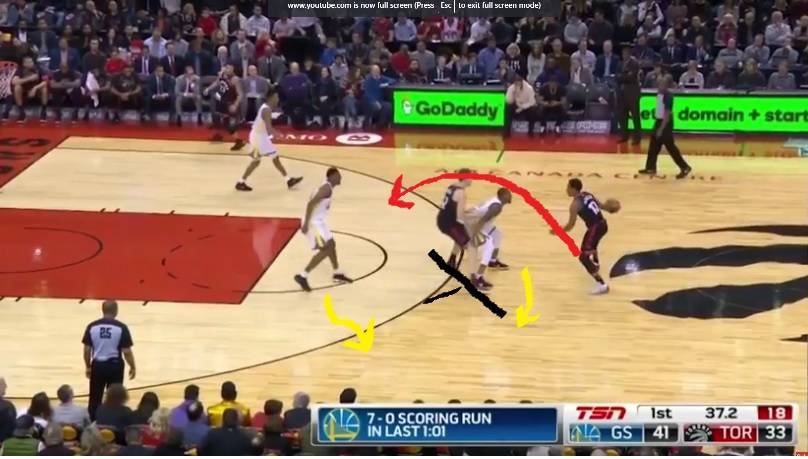 As the screen is set, defenders are trying to read DeMar`s intentions, so direct defender is trying to slip over the screen and the help defender, if we judge by the energy of his movement, is preparing either for "show up" or for a "switch" and certainly not for hard hedge. As DeMar notice this, he changes the plan and went right.

As soon as he got to open space, again he comprehended that there is a defender, and a good one too (Draymond Green) under the rim so he decided to go for the floater. 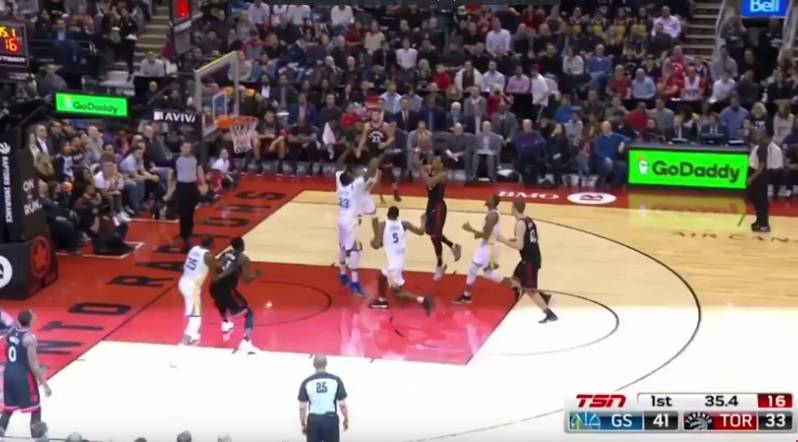 Lets see the video of the floater:

DeMar, as he is good avoiding defenders,he can get to the rim and all of that with some serious heavy lifting in terms of bumping with the defense. Coach Cris always preach that the offensive player must not melt under defensive pressure, but instead have to keep its ground and take a contact. Players need to atack the defender as hard as one can but keep a good composure. We all know it is a hard thing to do, but it divide`s the good from a grate players. DeMar is a master in these situations. 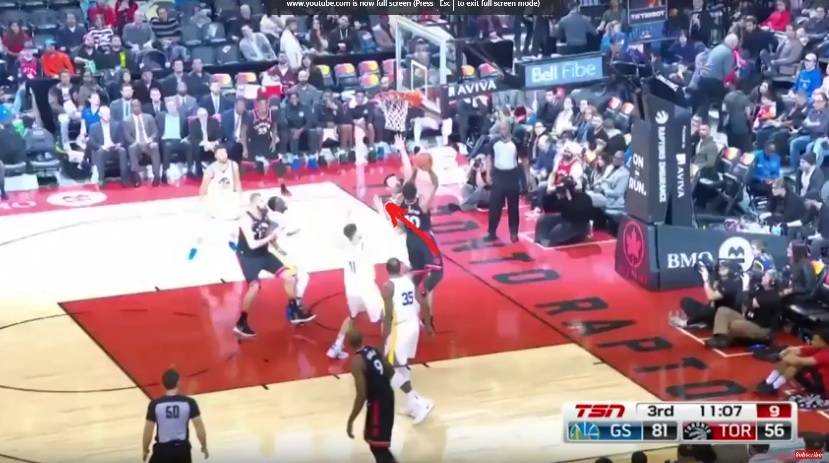 Coach C says: "Keep a square shoulders, no fading away, no leaning shots". Here are some grate videos of power plays:

And finally, we are going to analyze DeMars Euro step. It is a peace of art, it is a high IQ play, it is a thing of beauty, it is a pure feel for the game. If you are wondering how to learn it, well, practice makes it perfect.

As the Coach C is telling us, there is a big first step towards the defense and another big step that goes away from defense, but, all the way trough the play you need to feel where the defender is going. 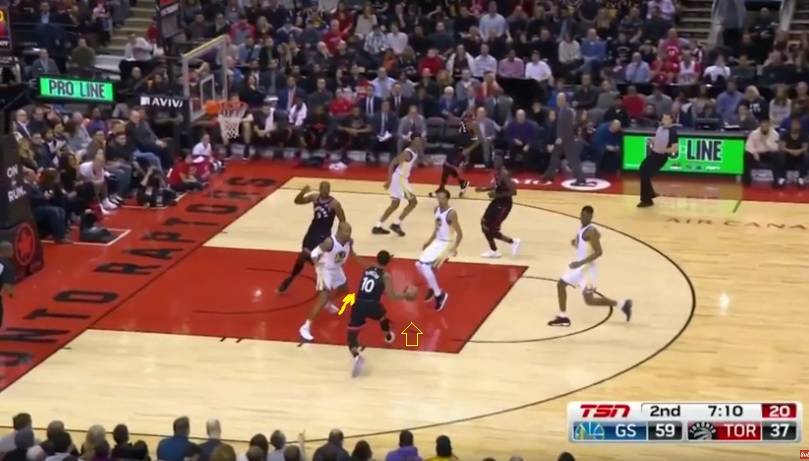 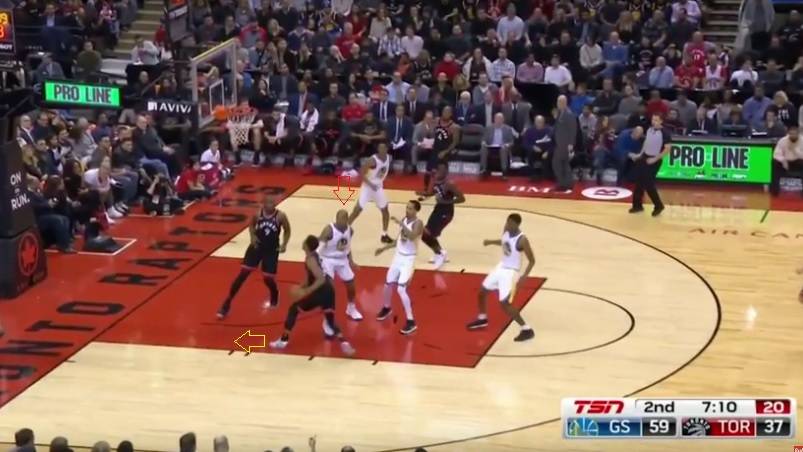 The position of DeMars knees, as the Coach Chris is highlighting, are the thing that needs to be notice and learned, if we want to teach our players how to Euro step the right way.

Let us see the whole video: