The 2-2-1 Defense, known as 3/4 Court Press or 75, is a great way to slow down your opponent bringing the ball from one side to another. Also, it gives your team great opportunities to trap the ball and not allowing another team to easily run the play.

What it takes to play 3/4 court defense

There are several reasons to play 3/4 Court Trap Defense. Coaches who play this defense, by consistent ball pressure and trapping, usually aim to:

Before setting up the players on the court, make sure they know the principles of 3/4 Zone Press. The key principles are:

The first two players in 2-2-1 formation (Position 1/2) are two guards, the fastest players on the court and the best athletes. They are responsible to force the ball to the sideline. Once ball goes to the sideline, it should not be returned back to the middle. The only exception is if the ball goes backwards.

Behind them should be forwards (Position 3/4),  and they are responsible to close the side-lane/mid-lane pass and potential trapping. These players have to be smart to read the offence and catch the moment for trapping.

The vary last player is the biggest player on the court (Position 5) and he is in charge of cutting long passes and preventing easy lay-ups. Position 5 should be a good blocker in case that offense attacks the basket with a close shot, he should be able to block or make that shot the hardest possible. 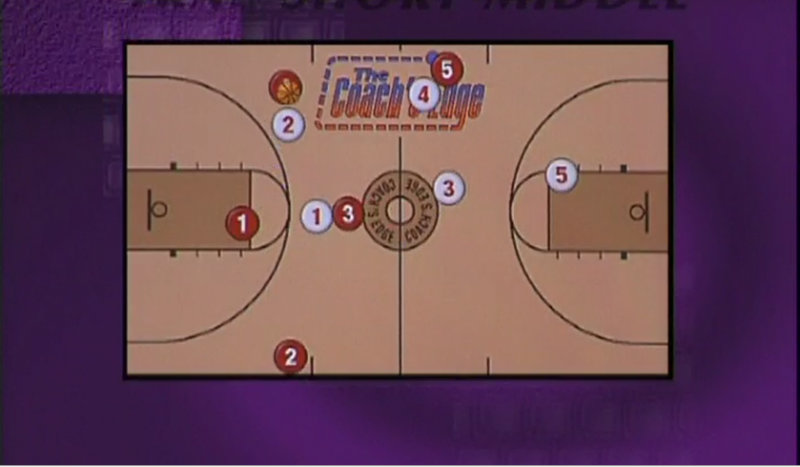 There are several drills that can help your team to improve in playing 2-2-1 Zone Press. We will demonstrate one of the drills from the video.

Before you practice two on two drill, it's highly recommended to start with one on one drill. One-on-one on the sideline, by completely closing the middle and forcing the player to the sideline, you can drastically improve team 3/4 Zone Press.

After this individual defensive drill, you can move to the team drills, such as 2 on 2 and 4 on 4, playing with the same principles like in 2-2-1 defense.

Learn More About 2-2-1 Zone Press from John Kresse and Gregg Marshall by renting the DVD.Just click below. 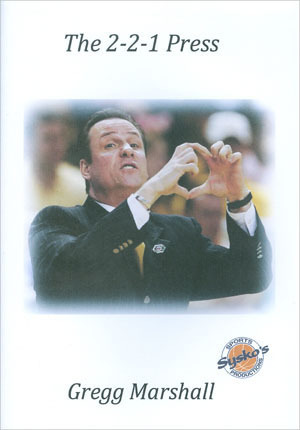 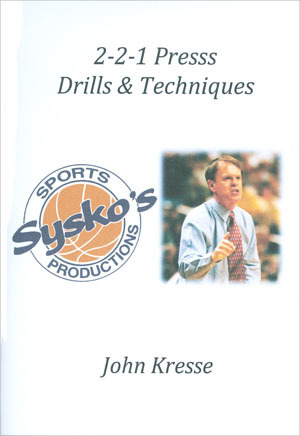