About the Princeton Continuity Offense

This incredible offense was created with idea to create a lot of easy points, with lots of back-door cuts and back-screens. With the great spacing and timing, this offense allows your team good movement and advantage of any type of defense, such as overplay, trapping, sagging etc. Also, this is a unique chance for your to see continuity of the Princeton Offense. Coach Jamie Angeli will show you how to have balance on floor at any moment of the offense and how to run offense constantly for all 24/30 seconds.

One more great thing about the Princeton Continuity Offense is that can create fast scoring opportunities directly from transition. Just with the basic alignment you can find your players at great positions where each of them can contribute the most to the team. Good spacing will make your players able to score at the early phase of the offense.

The first two players in the transition are two guards( Position 2 and 3). They are sprinting the court the widest possible, right after their team gets the ball,and they should be the first scoring option. If two guards don't get the ball, they will both get back to left and right wing in order to continue the Princeton Offense.

The next player who should also be sprinting the court and show himself as a fast scoring option is Position 5. His should get the position close under the basket and on the ball-side.

Position 1 is a point-guard with the ball, and he should be on the either left or right side, never middle of the court.

The last player joining the offense is Position 4, the trailer. I is positioned on the opposite side from the Position 1, at the ball level. 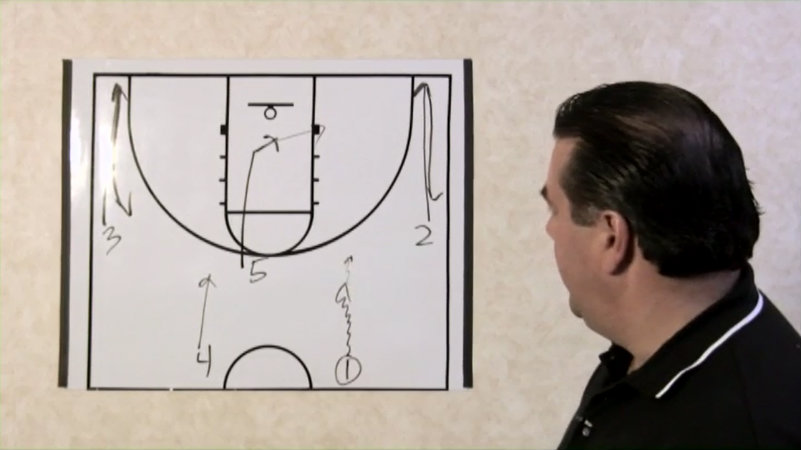 When Position 4 reaches his area, you have a basic alignment ready to run Princeton Continuity Offense.

There are several ways to start the Princeton Continuity Offense. One of them is the Wing Pass Entry. Every time point-guard passes the ball to the wing, our big man (Position 5) will pop out, and make a strong back-screen for  Position 1, with the idea to get the ball back on the lay-up. 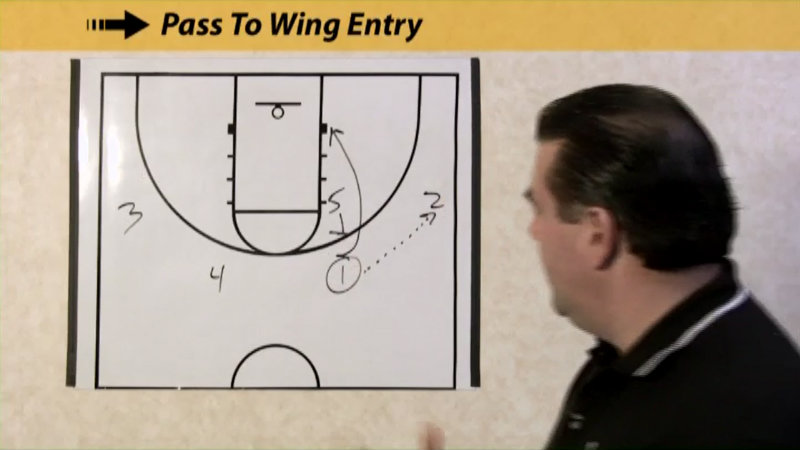 Position 2 will use the screen and try to penetrate towards the basket and create advantage.

Position 1 will clear out and move to the corner to starch the defense as a shooting option.

Position 3 and 4 could just simply exchange the places, or Position 4 could go for a backdoor cut, and than clear out while Position 3 is replacing Position 4. Movement of these two players will destruct a help-side of the defense, so Pick and Roll game can be played easier on the other side. 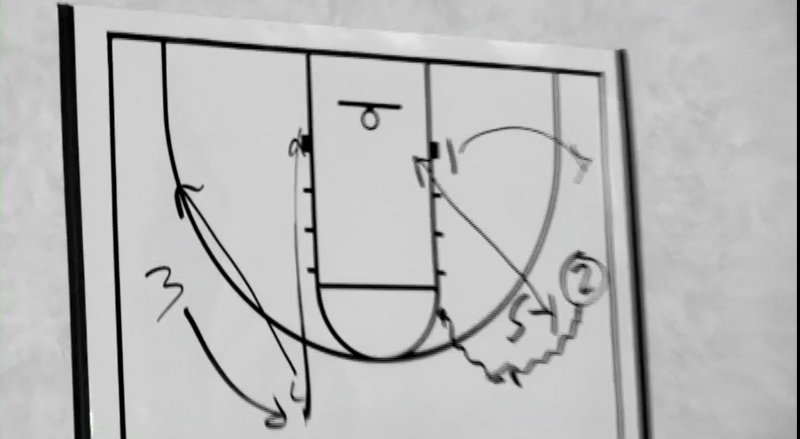 If there is no chance to score still after on-ball screen, Position 2 will reverse the ball on the other side to Position 3, and we can continue with the Princeton Continuity Offense because of a spacing and positioning that we have.

After ball goes to Position 3 we can repeat the Wing Pass Entry or we can use another one, such as Dribble Entry or Post Entry. 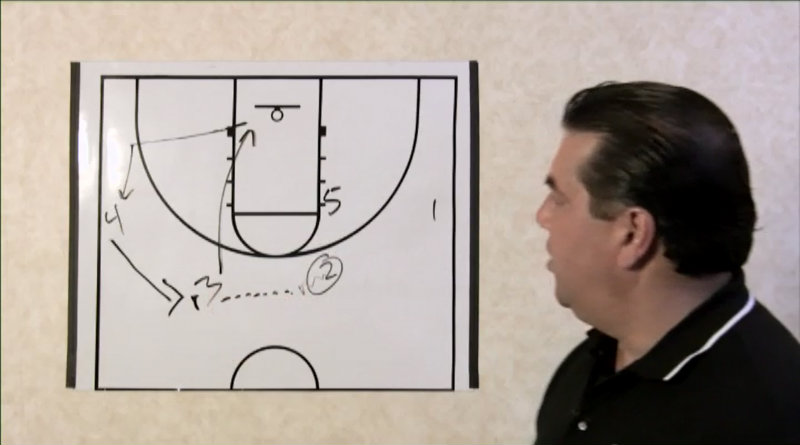 The Princeton Continuity Offense gives you a lot of opportunities for backdoor cuts and easy points. You have to make sure that you players know with this kind of spacing all backdoor opportunities, where is the ball coming from and when is a perfect time to pass.

One of the most common backdoor opportunities is definitely on the Wing Pass Entry, or during transitioning (in Early Offense).

Point-guard brings the ball on the right side of the court and he is about to start the Wing Pass Entry. But defensive player is too aggressive on Position 2 and he cannot receive the ball. 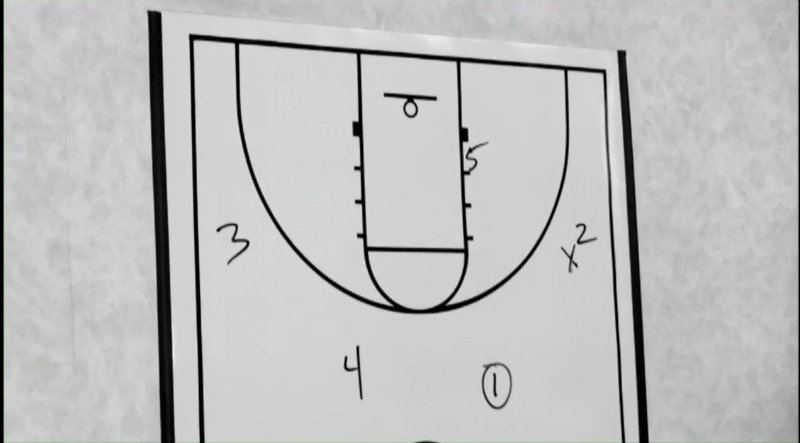 In this case, Position 5 will move on the high-post, which is what he does always during the Princeton Continuity Offense. By moving up to the high-post, he will show himself as a passing solution.

At the same time, Position 2 will cut to the basket, since his defender is overplaying in early offense, he cannot stop a backdoor cut.

Position 1 can pass directly to Position 2, or he can pass to Position 5 who has a better angle for a backdoor pass. Second option is definitely safer, but it's up to your point-guard to make decision and read a current situation. 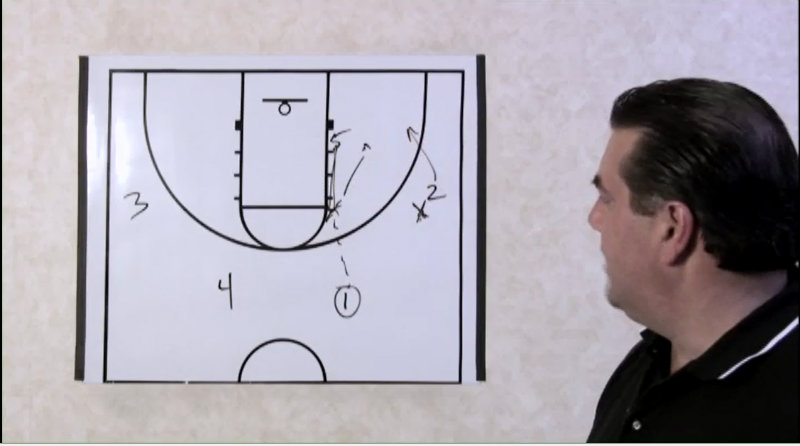 With this kind of spacing, you will have a lots of opportunities for penetration and potential one-on-one game. Coach Jamie Angeli clearly explains during this coaching clinic all the opportunities to penetrate, movement of all the players during the each penetration, timing and spacing for the perfect penetration ect.

During the Early Offense, if the ball gets to the wing, you have a good position to attack the basket. Since all the players are at the same level or above you, there is nobody in the key, and good one-on-one player could use this moment to score of penetration. 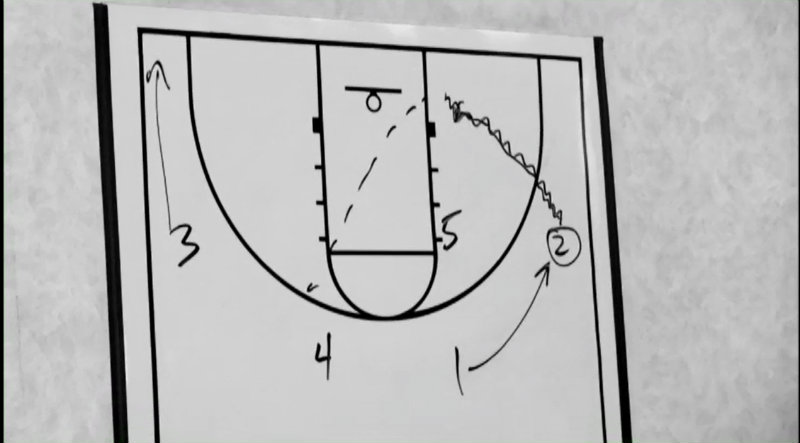 It's very important that players without the ball move and create better passing angles for Position 2, so he can pass if defense manage to stop his penetration by double-teaming.

Position 5 has already good position at a high-post.

Position 1  will move behind Position 2.

Position 3 will move to the corner, since this pass would be the easiest to Position 2.

Position 4 has also perfect spot as a Position 5, so he should not move.

Drill to Improve your Princeton Offense

Coach Jamie Angeli states that practicing miniatures from Princeton Continuity Offense is crucial for the success. By working consistently on spacing, timing, backdoor cuts, backdoor passes and other aspects,you can drastically improve your game.

We will demonstrate one of the several drills that Coach James Angeli presented during this clinic. On the picture above you can see a setup for a drill. Position 5 can be your big man, who is practicing screening, outside players are at the lane marked as X, and wing player is Position 1, who is replaceable with X players.

Coach (C) is helping in this drill as a passer, but you can also put a player on that spot. 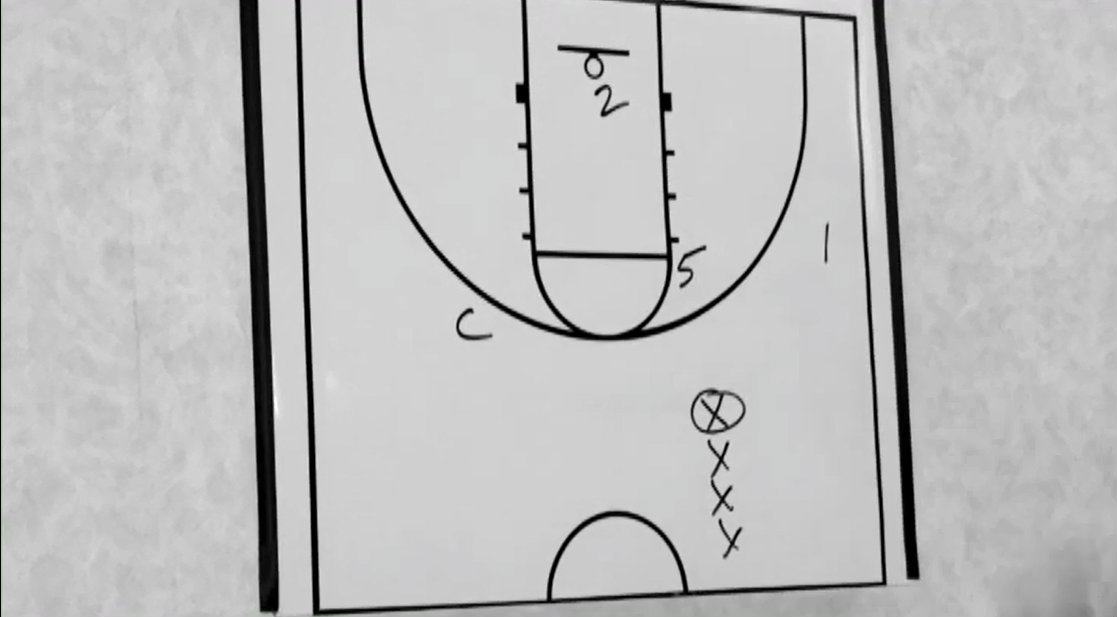 Player X is going for a hand-off with Position 1. Position 1 is taking the ball from Player X and making couple dribbles to the coach (C), and than making a pass.

After passing to the coach (C), Position 1 will cut to the basket and use a back screen from Position 5, and than receive the ball back from the coach (C) on the lay-up.

Player X will replace Position 1, Position 1 will pick up the ball after lay-up and go in the lane with other players(XX). 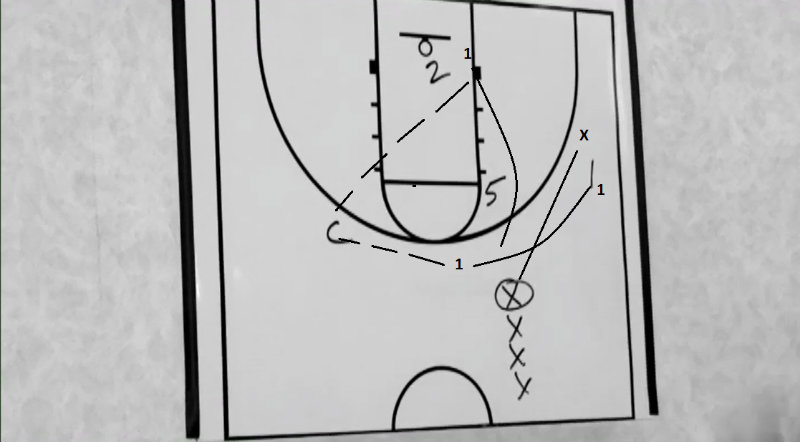 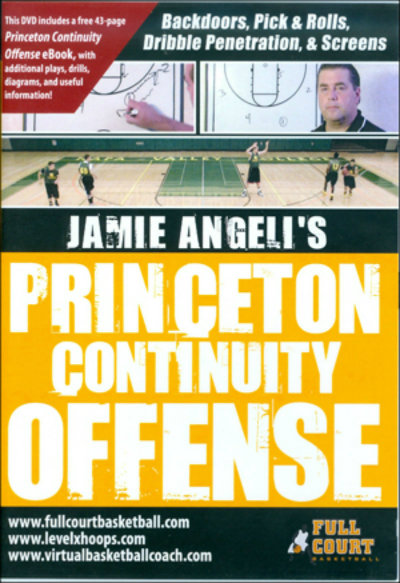