The Flex Offense offers teams the ability to create quick scores with its constant motion and screening. Former George Washington coach Mike Lonergan illustrates the beauty of the Flex and its quick hitters. 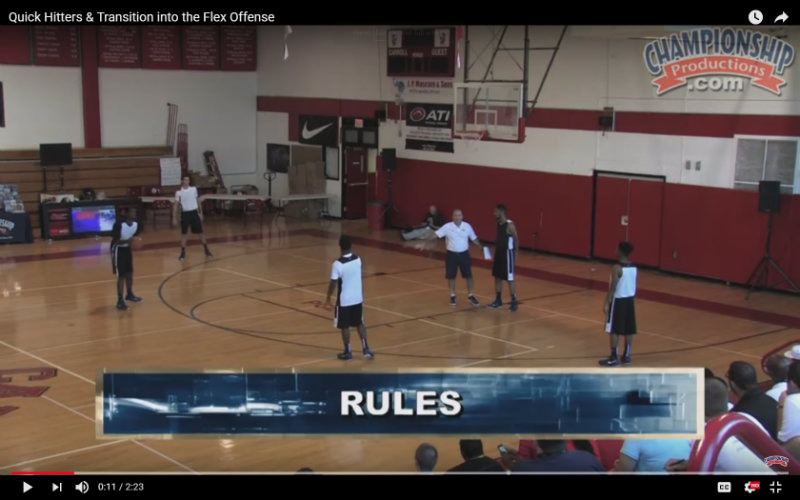 Coach Lonergan describes what happens when the ball gets reversed using a set of simple rules. Anytime the basketball crosses the court - imagine a line drawn beginning directly under the basket that divides the court in half - the opposite wing is going make a flex cut. 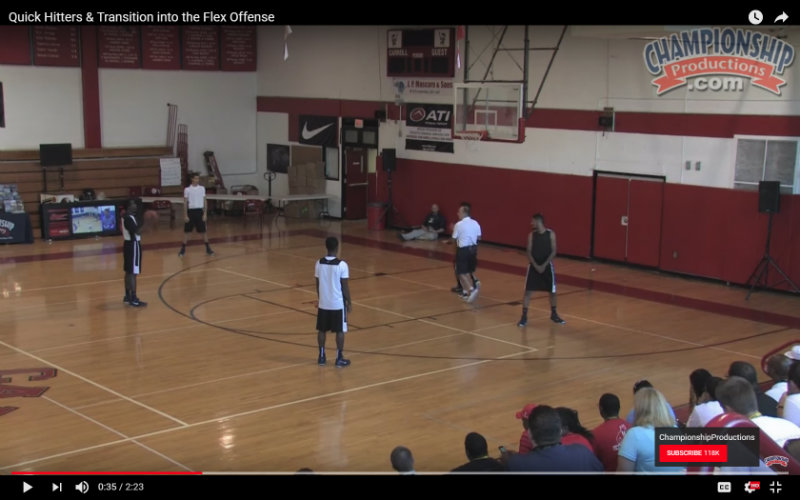 The low-post player will come out and set a screen for the wing. The wing cuts off of the screen through the lane. Coach Lonergan is walking the wing through the lane in the above photo. Ideally, the wing would be open for a bounce pass that leads to an easy layup. 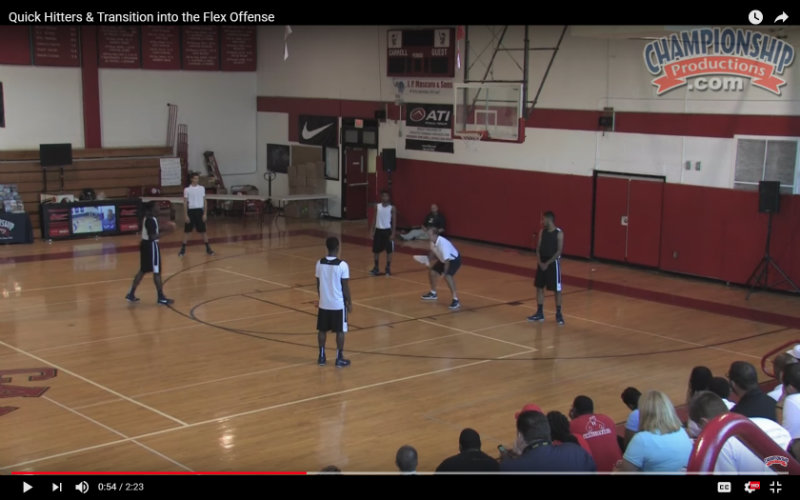 If the entry pass to the cutter is not open, Coach Lonergan addresses one of the easy quick hitters that he often utilized in the Flex Offense. Coach shows above how the post player rolls back into the lane. Oftentimes, the defender on the low-post player will step out to the baseline to impede the cutter. The low-post player can roll back and flash into the lane for an easy pass and score opportunity. Coach Lonergan stresses that the cutter must go baseline on his cut in an effort to open the roll back player. 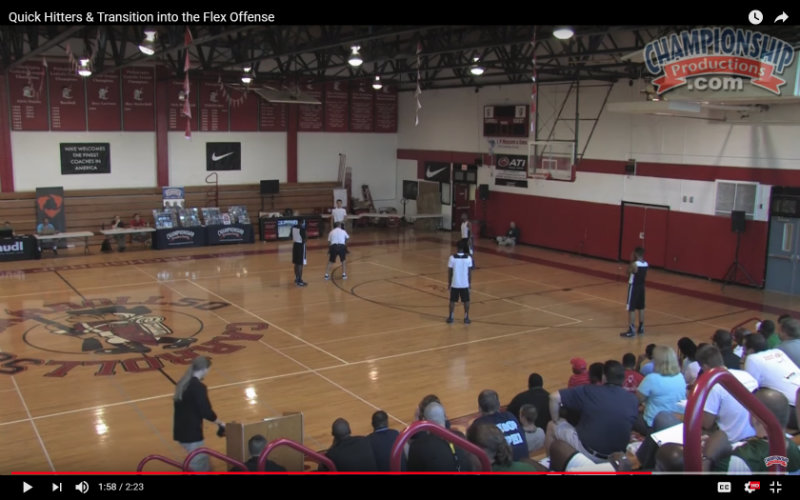 When the cutter and the roll back player are denied, the offense will reset and run again. The low-post player will move out to the wing and now the opposite wing will run a flex cut off of the low-post player on his side. 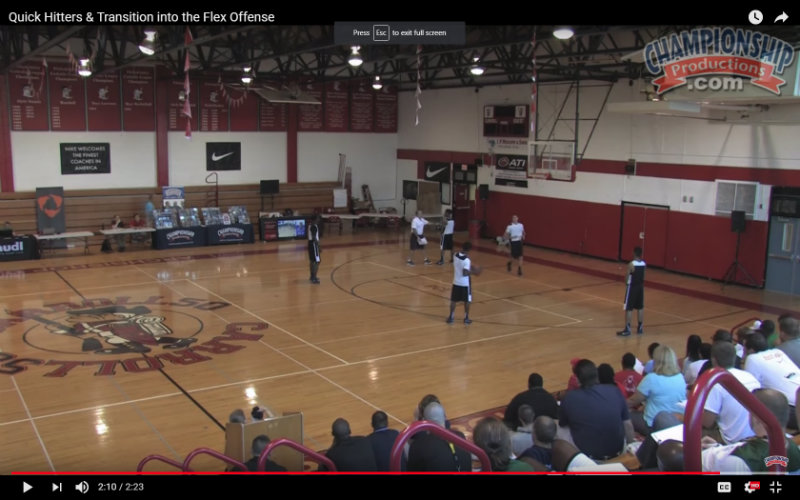 The ball is reversed to the guard on the offense's right. The low-post sets the screen and you can see the cutter working through the lane. Again, the idea is a quick bounce pass for an easy layup or an entry pass to the low-post who rolls back into the lane.