The Flex Offense has always been a dynamic offense for basketball programs at all levels around the country. Using screens across the key, the Flex has been one of the most used offensive systems against man-to-man defenses. Coach Bob Schlosser identifies how to perfect the Flex by using the Scramble to the Flex Drill. 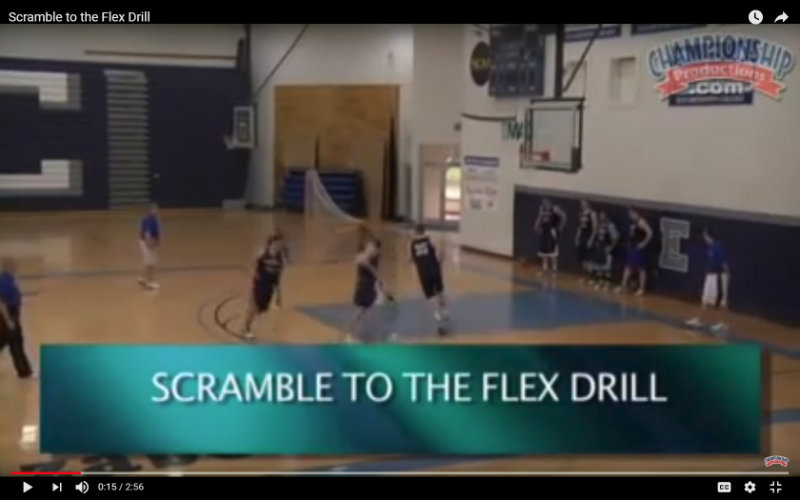 As the drill begins, all five offensive players run the circle at the top of the lane. Coach Schlosser emphasizes that he does not like his players to back out to their positions on the floor to start the offense. The scramble to get in position ensures that does not happen. 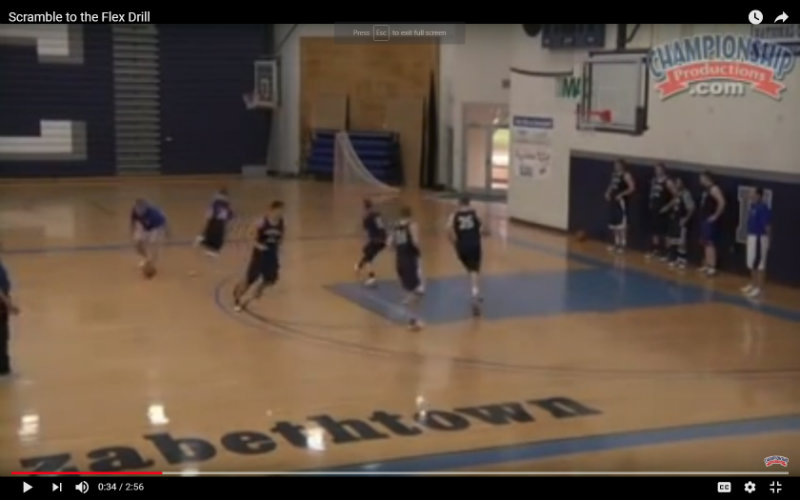 The drill proceeds when a coach places the ball on the court near the left wing as seen above. The player nearest the ball will become the point and start the Flex. The remaining four players scramble to their respective positions. 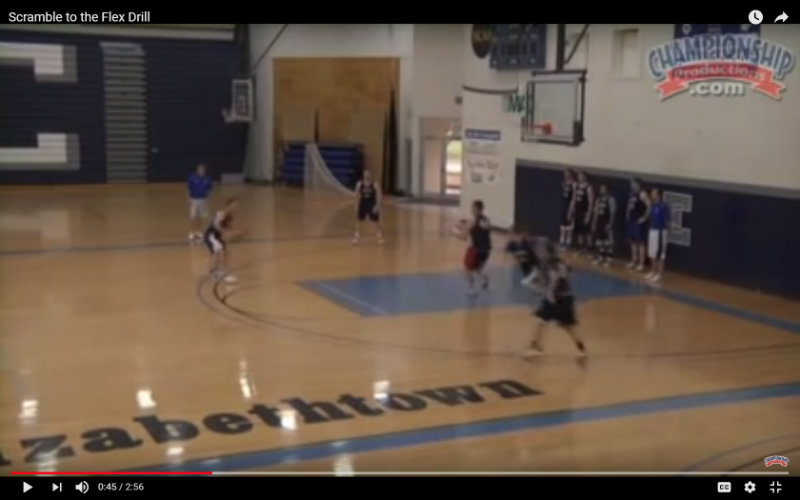 Players drill the Flex offense without a defense to better understand its inner workings. The Flex is predicated on screens and cuts, especially across the lane. In the above picture, the player in the lane cuts across the lane after a low-post screen. The screener will pop out past the high post to reset the offense. 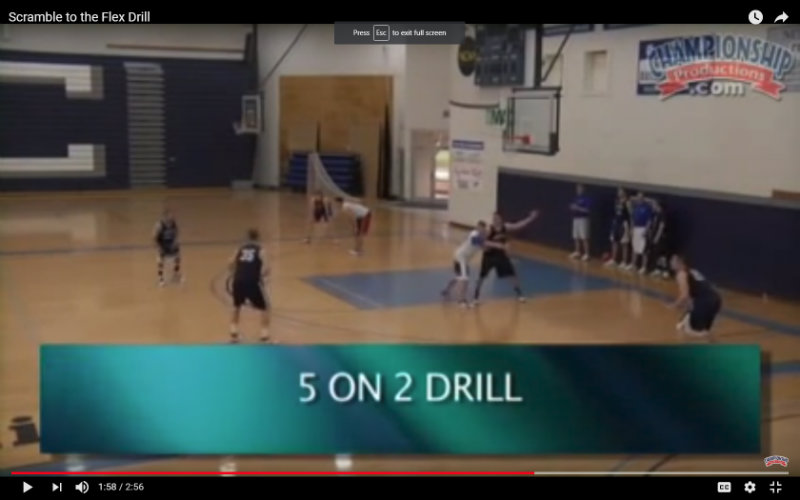 The drill progresses to the 5-on-2 Drill where two defenders are added. The defenders take on any two of the five offensive players. Their goal in the drill is to deny their man the basketball. The offense runs the Flex making at least five passes before an attempt to score. 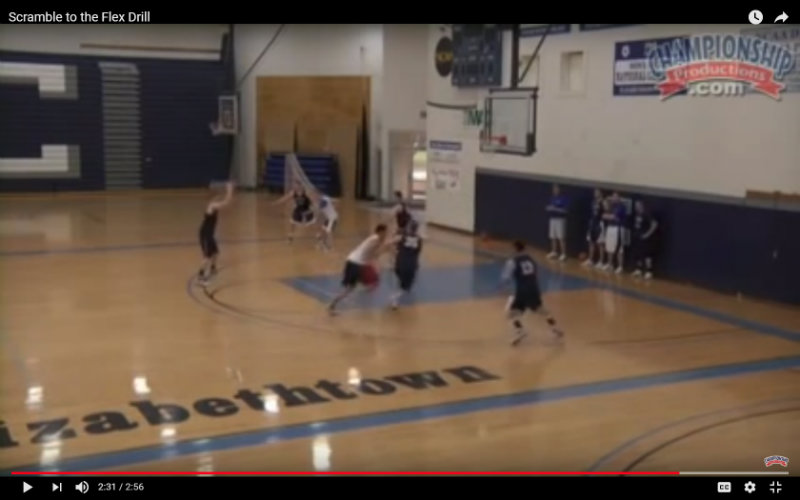 Emphasis in the 5-on-2 Drill is placed on good offensive movement. In the above photo, the screener at the high post makes a back door cut to the basket.

Working the Scramble to the Flex and the 5-on-2 Drills can help any program at any level master the basics of the Flex offense.

To learn more about the Flex Offense and how to install it, click the link below.