The 1-3-1 zone defense in basketball can be an effective go-to, all-game defense or a nice addition to an existing defensive package. In setting up the 1-3-1, the first step is making sure that the right players are placed in the correct positions. 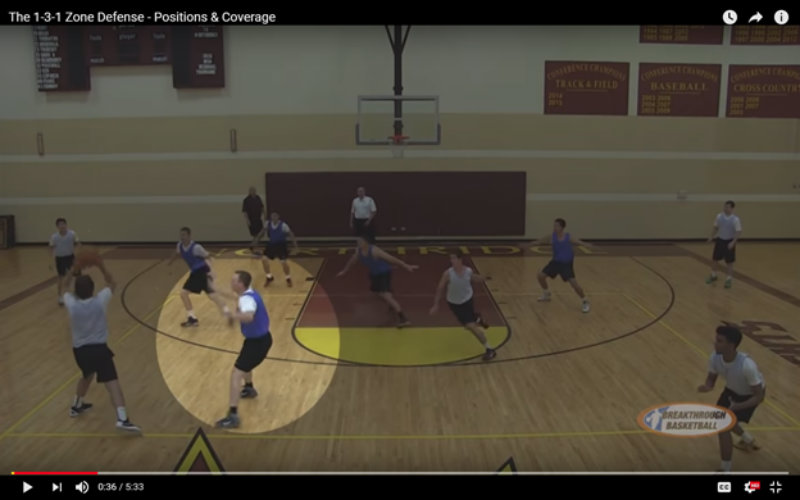 Proper selection begins with the most important player in the defense, the Chaser. The Chaser, as seen in the picture above, plays at the top of the 1-3-1 half court zone defense. He is the tone setter for the defense. He must be a player who is very active in putting pressure on the basketball. The Chaser squeezes all dribble penetration and dictates what the offense will do instead of being a more reactive type of defender. 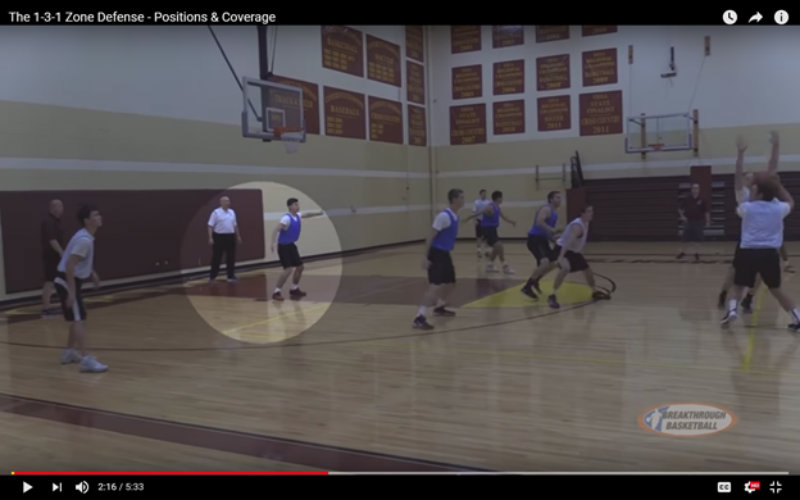 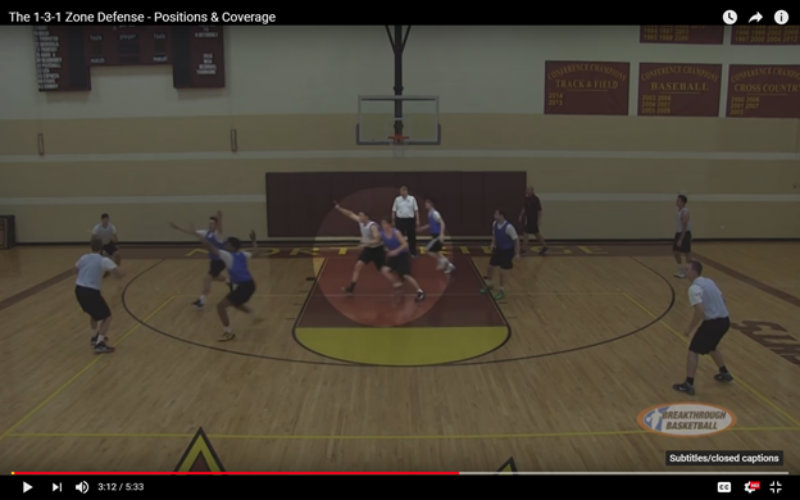 Next comes the selection of the Middle player. The Middle is the protector of the defense. He owns what we call Main Street or the middle. You can see the Middle (in blue jersey) in the above picture in the lane battling an offensive player. The typical Middle in a 1-3-1 extended zone defense is a physical player. He must not shy away from contact. The Middle will also be the secondary defense against any dribble penetration. 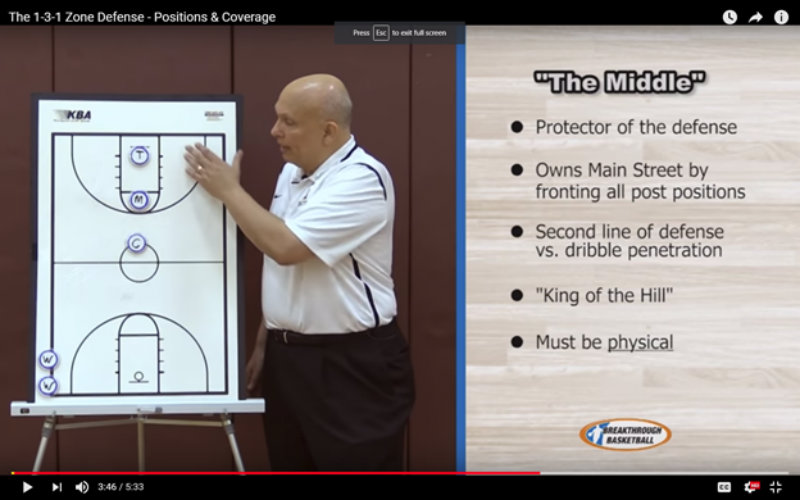 Coach Rey identifies Main Street on the whiteboard in the picture. The area in the lane from the baseline to the very top of the key is Main Street and must be owned by the Middle. Coach likes to refer to the Middle player as the “King of the Hill.” 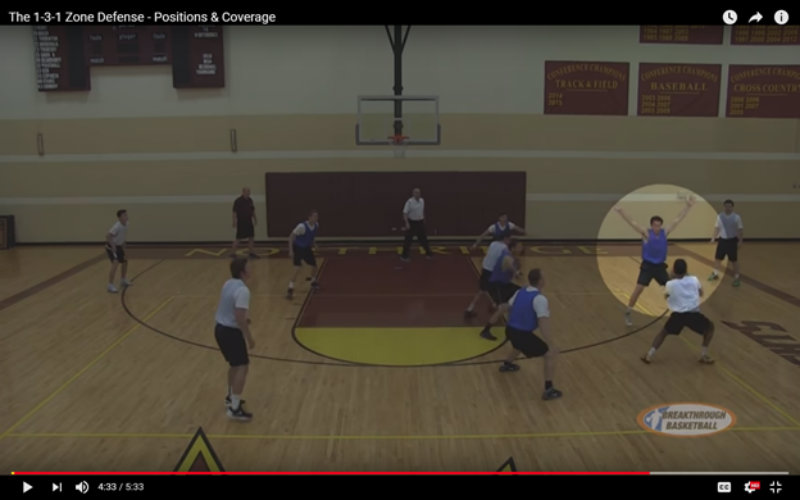 The two Wings in the 1-3-1 zone defense must be athletic, mobile players. The Wings primary job in the 1-3-1 is to contest shots. It helps if wing players have some height and length as they can more easily contest opponents’ shots. 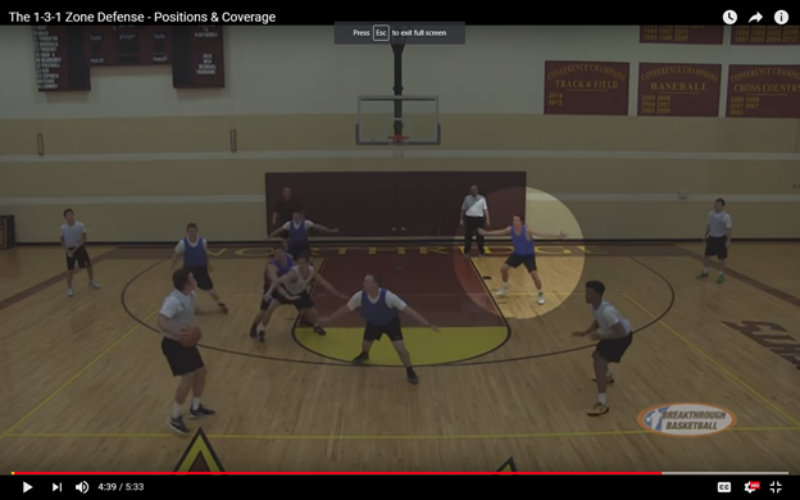 Wings must also control the glass on the weakside. The photo above illustrates a weak side wing's movement in 1-3-1 zone defense rotation. The weak side wing is collapsing to the low block away from the ball. In the event of a shot, he is in position to gather any rebound on the weak side.

In order to be successful using the 1-3-1 defense, the coach’s selection of personnel is of utmost importance. Putting the right players in the right spots where they can use their abilities to be successful is the first step to building a stifling 1-3-1 zone defense.

For a deeper understanding of the 1-3-1 zone defense, you can rent Coach Rey's The 31 Defense by clicking the image below: