If you run a basketball team and you don’t want to have 36 different plays, we decided to give you just one pattern witch will give you 36 opportunities to put your player in a better situation for a basket.

We will start with the 1 – 4 offensive geometry, with the Point Guard with the ball, Center and Power Forward on the elbows and the Shooting Guard and Small Forward on the arc but in the straight line with the Interiors.

Before we start analyzing this action, again I need to put the accent on the individual preparation of every single player in terms of understanding what the play does for him, why is he doing what he does, why he needs to follow the ball, why he needs to keep an eye on the defender.

We are sending our Point Guard on one side, and the back court player on the same side is making a movement towards the elbow, where he will receive the screen from the Power Forward/Center that is standing there. 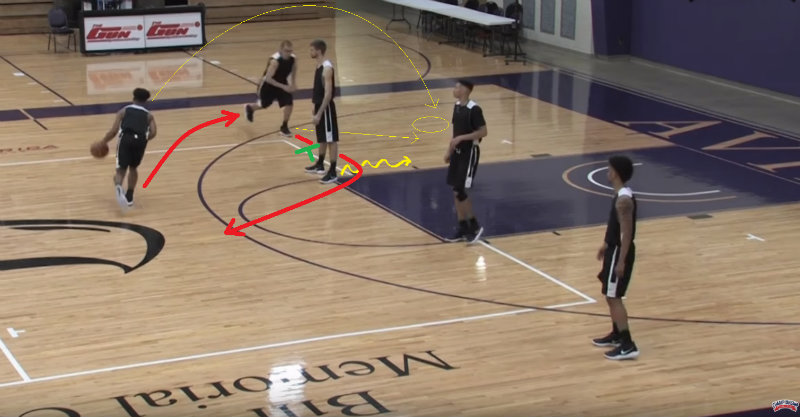 The RED LINE marks the primary movement of the play. If you run the same play second, or third time, some defenders may “READ” the defense and go over screen, and in this case YELOW line indicates that our cutter should go straight to the basket and receive the LOB pass. Same option has the big guy that is setting the first screen in case of bad switch or if the defending guard “dies” on the screen. For these YELOW options your Point Guard needs to have some Milos Teodosic passing skills.

The ball is then passed on the Point position again, and the guard that made the pass is now moving horizontally with the perception that he will receive two consecutive screens from both Center and Power Forward.

The goal of this sequence is to put a defender thru the ringer and let him fight over two hard contacts, so when the attacker receives the ball, his direct keeper is banged and beet up a little. In this particular case, our guard has to receive the ball in this specific way: he will ask the ball with his left hand, so the moment the ball is thrown to him, he will rotate his body and his left leg will be directed to the ball and the right leg will turn to baseline. This way he can attack the basket with the direct dribbling with his right arm.

Almost immediately, after the guard that moves horizontally received the second screen, that same Center/Power Forward is making the movement the SAME WAY JUST ON THE OPPOSITE SIDE, and goes to make another screen just this time for the other back court player. 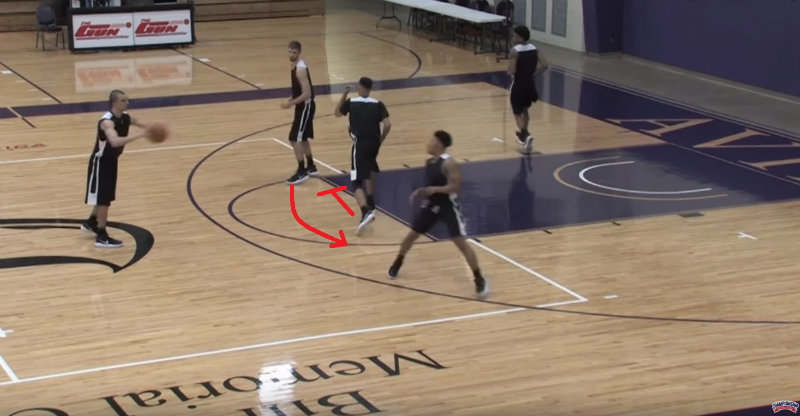 After the guard received the ball, he drives to the basket, while the guard on the week side of the action is setting a point blank screen for the Center/Power Forward that is on the elbow. 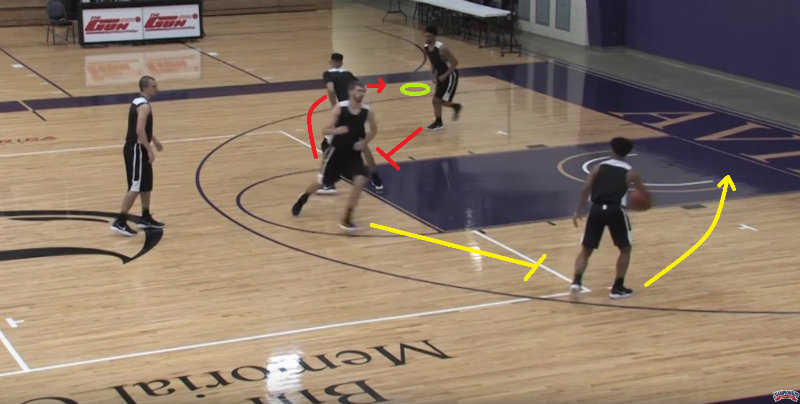 The Big on the strong side of the action is going to prepare to play pick and roll (if the defense was good and managed to cut the way to the basket).

In the final part of the play, player with the ball drives to the basket, and depending on the situation he will have three options to chose from: go and finish if you are confident that the defending guard is far behind or their Center/Power Forward is slow on switch…the option 2 is a three point shooter in the corner, and the last one, the rolling guard that set the screen for the three point shooter. 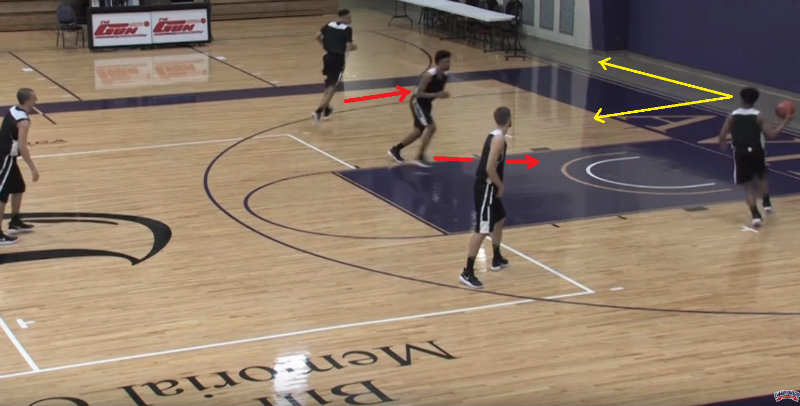 The key play in this pattern is the moment when our guard is receiving the ball after the two consecutive screens. After a while, the opponents will know what your goals are, so the defense will react differently. In that case there is another option.

After the guard receive the ball, he needs to wait for a second and look in the direction from where the Big is coming and say SCREEN loud, and look for the reaction of his defender. 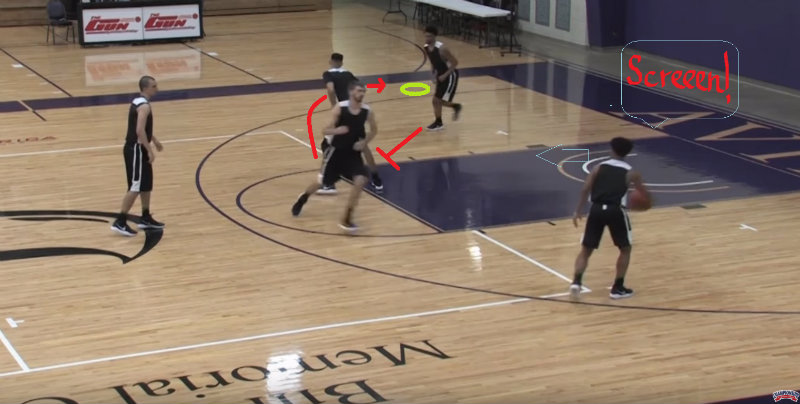 90% of the defenders will take a look over the shoulder to see how the screen will be set up, and in this moment the offense has to react by making the dribbling towards the paint.

After this camouflage play, the Center/Power Forward, will turn around and set the real screen for the guard that is on point and roll, giving our ball handler two new options to choose from.

If you want to learn more half court sets, go rent a DVD by clicking on the link below: 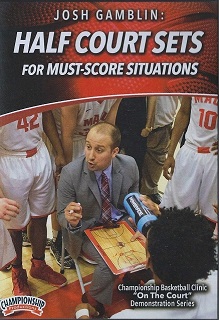