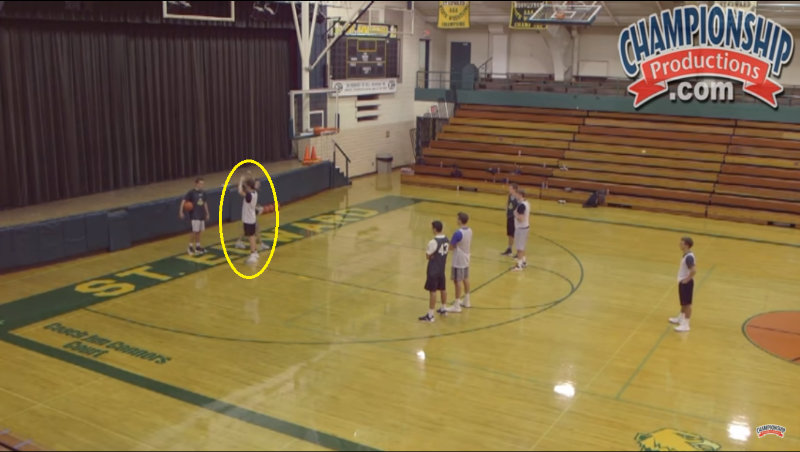 With the hands up, defender's goal is to make a first pass the hardest possible, and make a player with ball to pass to the ball-side corner.  To make sure that the pass doesn't go straight or to the other side corner, defender should shade a bit to make that pass as hard as possible.

Second, the players on a first pass should force their players to catch a first pass in the corner. Defender should stay on player's inside shoulder and close the middle, forcing the player to move towards the corner. 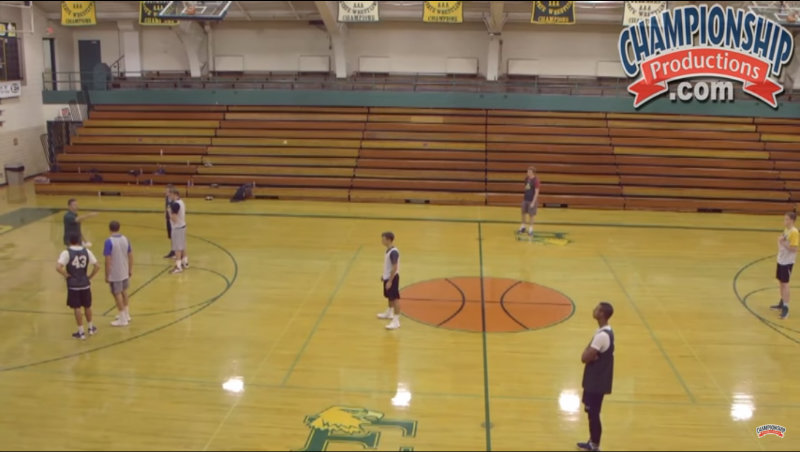 As we can see on the picture above, behind defenders on the first pass there is a middle defender who is in the position to reach a possible long pass. In case of a long pass, this defender should steal the ball or cover up so ball doesn't go any further. 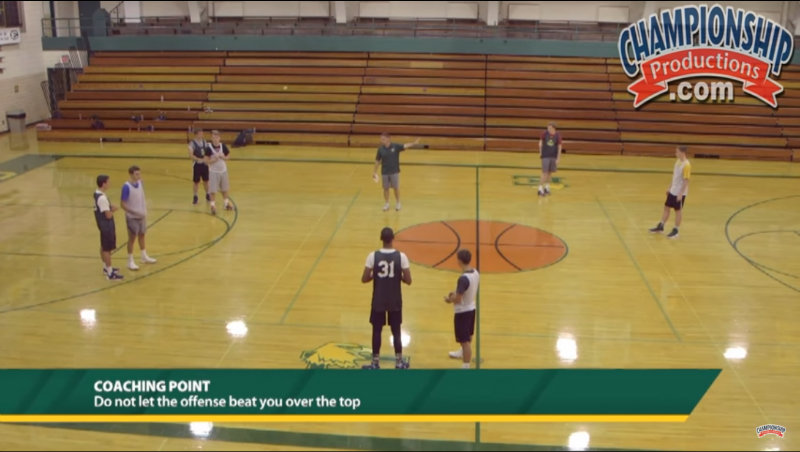 The very last defender, probably the biggest man in the team, should come a few steps forward but carefully, since he has to stay the closest man to the basket; that's his priority and offense can't beat him over the top. In case that he decides to go for a potential steal, he has to make sure 100 percent  that he can catch the ball with two hands, otherwise its an open lay up for the offense. 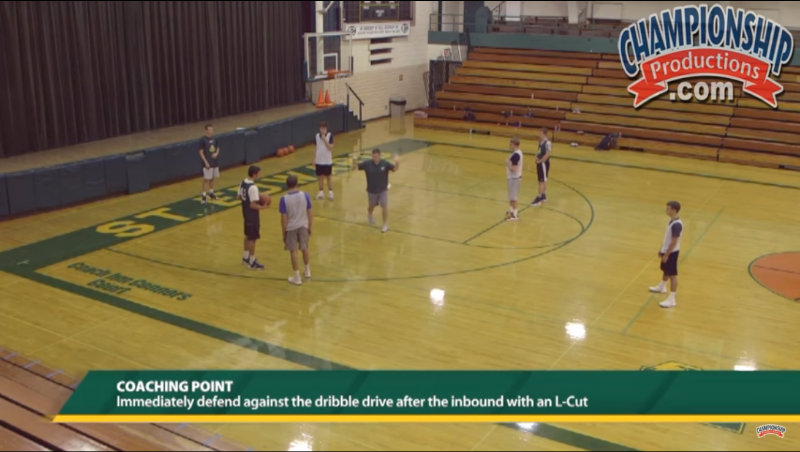 After the pass, defender who was on the ball pressure goes for a trap to double-team a player with a ball. Very important is the way how will he trap; he should retreat a few steps back to get in the line of the ball ,and then go for a trap to stop penetration to the middle,such as an L-cut. Another defender is in charge of sideline penetration. 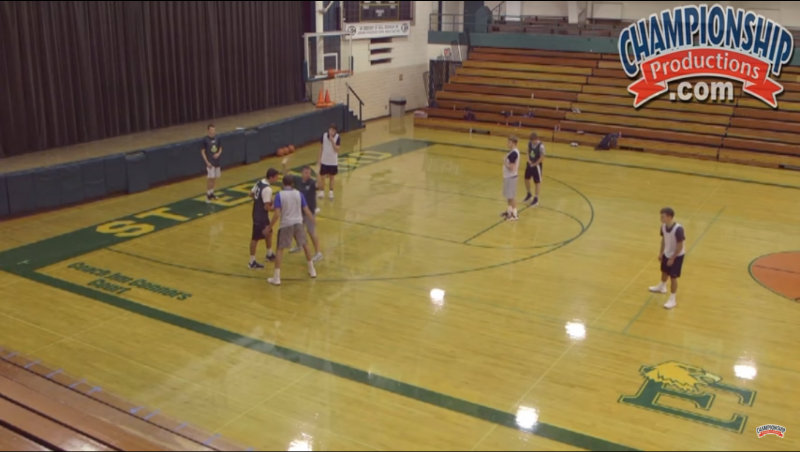 This kind of defense Coach Eric likes to call  "Read", since defense reads what offense does.