Grinnell College has been known as an offensive powerhouse, but their defense deserves much credit because that’s where it all starts. Dave Arseneault coaches the men’s basketball team at Grinnell College which is a Division III college located in Grinnell, Iowa. Arseneault created the scoring machine it is today, but he knows that they don’t score as many points if it isn’t for their high pressure defense.

The goal of the Grinnell defensive is to force their opponent into 32 turnovers in a single game. In order to make this happen, Grinnell starts with the full-court press and applies intense ball pressure at every position. Their wings try to force the ball up the sideline without allowing a return pass to any teammates especially the inbounder or a pass to the middle of the court.

Arseneault’s motto with defense is they are happy with the possession if they have a good chance to get a steal within the first twelve seconds. They don’t want to allow the other team to hold the ball for the full length of the shot clock because that slows down their entire game plan.

Below we’ll cover in detail the strengths and weaknesses of this full-court pressure defense, rules, and more. When you’re done reading this article, you should have a better understanding of this defense and if it’s right for your team.

Strengths of the Grinnell Defense

Weaknesses of the Grinnell Defense

This defense is built for a smart, quick team that can move up and down the court at a fast pace. Grinnell is looking for good decision makers that can get after it on defense with intense ball pressure.

Since there’s constant substitutions, the bench players are just as important as the players who start the game. If you don’t have any strong players after your starting five then the Grinnell Defense may not be the best option.

Grinnell’s defense is all out the entire game. They will pressure from start to finish; in the full-court and even after the other team has moved the ball into its half court. They want to get a steal within the first seven seconds of the defensive possession. In order to get a steal, every position has to make the right move and the defense as a whole has to know what sort of offense they’re going against.

As this happens, the opposite wing player comes to take away a return pass to the inbounder. 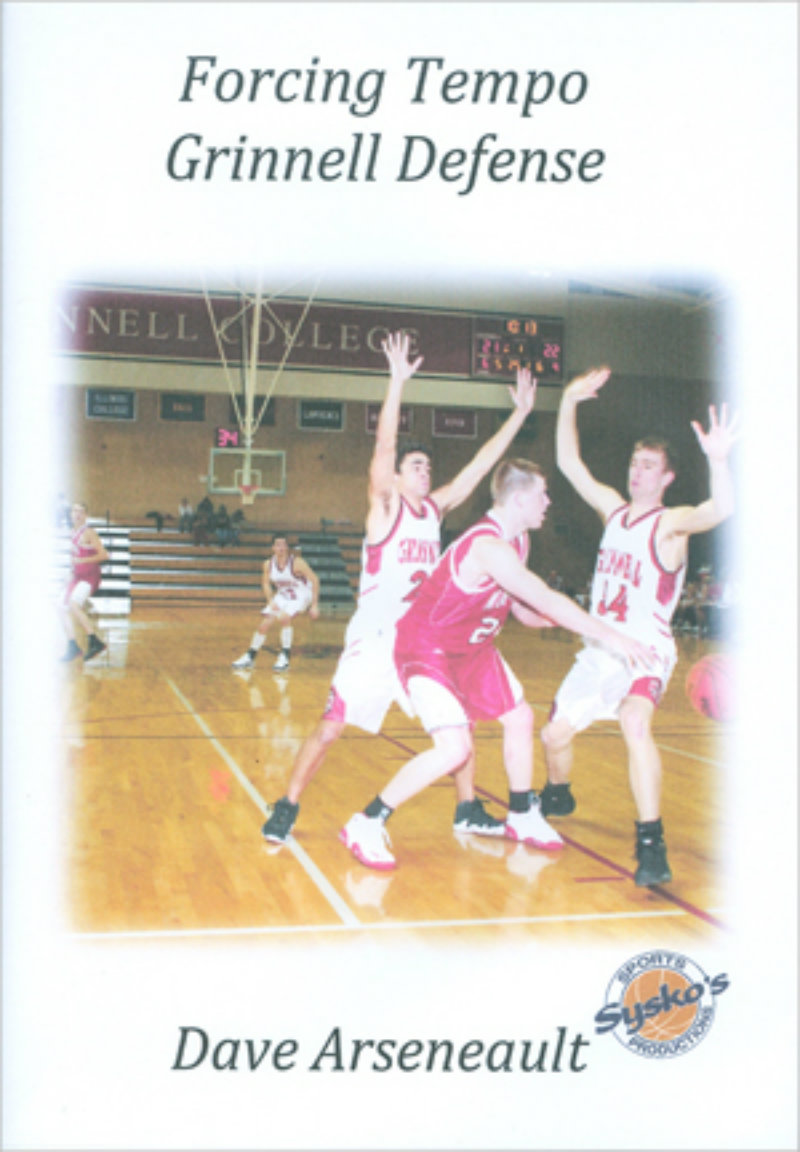 There’s a lot that goes into the Grinnell Defense that you almost need to see it for yourself. The best way to do that is to check out Dave Arseneault’s Forcing Tempo: Grinnell Defensive System DVD. In this DVD, Arseneault goes into great detail about their defense and what each player’s role is and how they defend against certain offenses. There are excellent demonstrations to help you instruct your players on the court and make your game plan according to your team.