Ganon Baker is regarded as one of the premiere basketball skill trainers in the World.

Ganon trains players from the NBA, NCAA, high school and middle school levels. His relentless passion, work ethic, and competency for the game has the respect of players and coaches all over the World. Since June 2001, Baker has been traveling all over the Globe impacting the game of basketball. He has been to 45 countries and counting working with players and coaches on their game.

As Baker being part of a Hoopsking family, we are bringing you a portion of a basketball training that he does with his players, and in a next few drills we are going to analyze what is he trying to accomplish by doing them.

Before we start, we must point out that this is not a basic basketball stuff. Instead, this is just the part of training that is done with the players that are on an envious level of basketball and are in need of some corrections or they want to add a move or two in their skill set.

Drum dribble drill is done if we want to make the hands faster with the ball and it can be used for the injured players in order to keep their hands occupied during the recovery process. Second benefit of doing this drill is the fact that your fingers are getting more powerful. 99% of the both players and coaches seems to neglect this aspect of the players develipment program. By dribbling the ball with less and less fingers, your muscle memory will learn how to control the ball with diferent portions of your hand. In time as you develop stronger hand, you will notice the change in the ball grip feeling.

Super Fast Figure 8 drill is done in a way that you are in a stance as you are dribbling the ball between your legs but instead of bumping the ball off of the floor you are handing it off from hand to hand. This drill is going to make your legs stronger and more explosive but in a way that next time you want to do the between the legs dribble it will be automatic and faster then you are used to. The faster you manage to do this drill the more your eye-ball coordination is better and your reaction time is quicker.

As everybody already know, Melo has the best Jab Step pull up jumper, but over the course of his carrier the problems with efficacy is getting bigger and bigger. His Jab step is still a thing of basketball art. Jab step , when done in a East - West way is used to move your defender in the chosen direction. The part that most players never use is Jab step that goes towards the player, and as a resault we have a frozen difender.

Jab step is used in a situations when we want to move our difender in particular way so we can have the opportunity to drive by him, and that Jab step towards the defender will make him freeze, and that will give you some time and space to take a simple jumper or to fade away a bit.

4. How to create separation on the one dribble pull up

If you are dribbling with your right hand and you are somewhere around the three point line, the sequence is this:

1. Direct offensive step with your right leg (the cross step is taking more time and you are covering less ground)

2. Hard dribble with the right hand

3. Large step forward towards the paint while catching the ball and preparing for a pull up jumper. The right leg is used as a brake.

4. The left leg is trailing and it is used to start the jump motion.

If you are dribbling the ball with your right hand and you want to go to the left, the sequence is:

1. Crossover or behind the back or through the legs dribble which will make you change the dribbling hand and to protect the ball at the same time.

2. Because the stance has changed, your left leg is already in a good position.

3. Right leg goes forward and the dribbling with your left hand is going almost at the same time 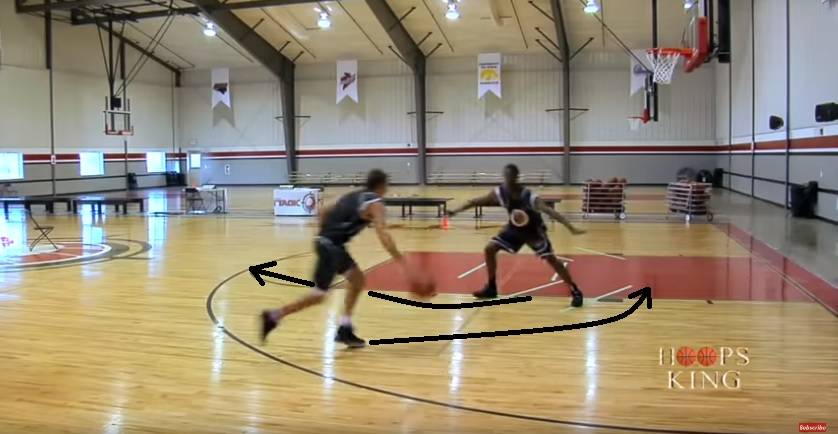 First, we have a drive penetration towards the basket off of 45° spot, and we have a player in the low post at the same side. As the man with the ball dribble towards the paint, the big guy is heading to the three point area on the Point. 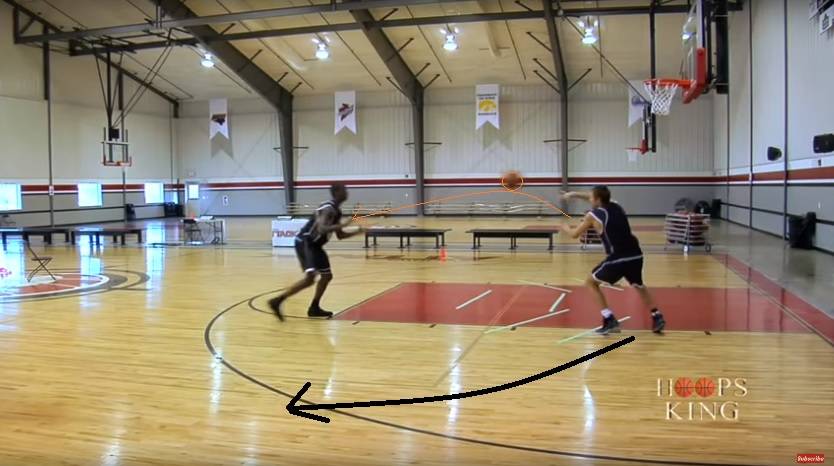 Then, we are simulating the situation where the path to the basket is closed and we have to get the ball to our open man. As the ball leaves the guards hands, he have to sprint back to the 45° spot and ask for a ball again. 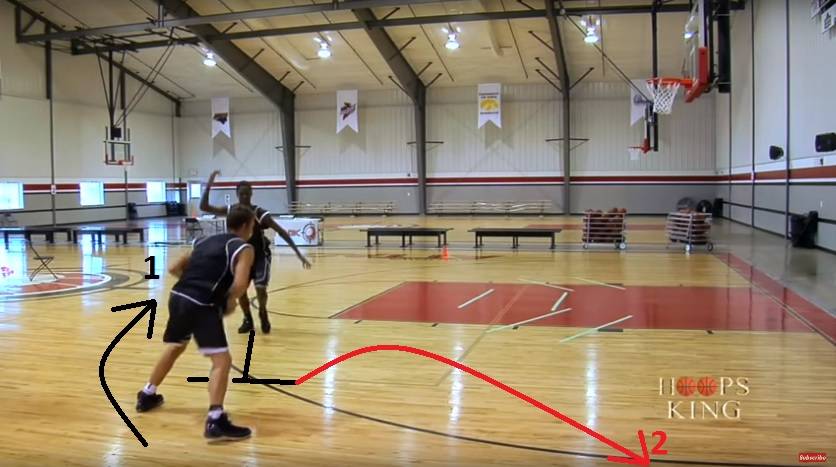 Now we have a screen coming from the big man and he has an option to roll or pop. In this particular situation he is going to Pop and to take a three point shot. 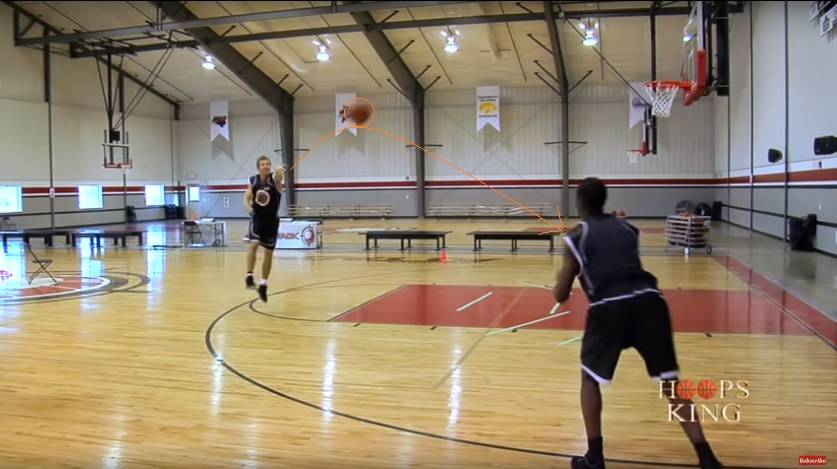 If you want to learn more basketball from Ganon Baker himself, go rent a DVD by clicking on the link below: