Choosing plays for youth basketball can be a challenging task.

On one hand, you do not want to cause your players to become too focused on the plays, making them rigid and uncreative in how they play basketball. Basketball thrives on creativity, and shoving a million complicated plays down their throats is a sure fire way to end that creativity.

On the other hand, as a coach you need some structure. If you allow your players to play the game with no structure and no set plays, they will not learn the importance of properly running plays, which could really set them back as they get older. Also, you’re probably not going to win a lot of games.

These are some options of great plays for youth teams. They are very simple. The important note with all of these plays is that there are a lot of different options in each one. Different shots can be taken, different passes made, and different players scoring. All of these plays will give you players some structure that they can be creative within. 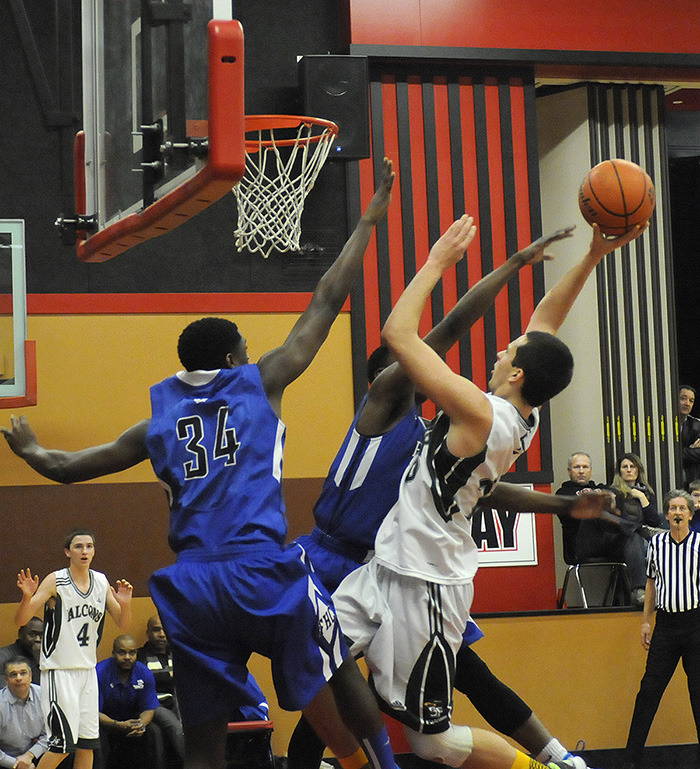 The Pick and Roll

The bread and butter play for almost every team at any level. The pick and roll creates instant mismatches on offense, spreads the floor, and hopefully allows your players to play to their individual strengths.

Whoever your best creator off the dribble is starts with the ball up above the three point line. If you have a post, they will likely be setting the screen on the ball handler.

The person with the ball uses the screen hard, attacking downhill towards the hoop. Your post player rolls towards the hoop, giving your ball handler lots of space to score or dump the ball off if help comes over. As long as the other 3 players on the court are spaced out behind the 3 point line and are ready to shoot the 3, defenses will struggle to guard this play.

Of course, this is only one of many options out of the pick and roll. There are nearly endless possibilities to choose from:

There’s a reason the Pick and Roll is a staple in every level of basketball.

Horns is like the older brother of the pick and roll. Instead of one screen being set, a screen is set on both sides of the ball handler at the top of the 3 point line. The ball handler can go off of either screen, and play from there.

Usually going off the side of the stronger post player, the ball handler again has the option of driving hard to the rim or dumping it off to the roller, and now has the added luxury of kicking the ball straight back to the top of the 3 point line to the other screen setter.

Again, player creativity is fostered through the many options that come naturally from this play:

This play is a bit more structured to begin. It is especially useful if you are lucky enough to have a jumbo guard, who is big enough to cause mismatches in the post.

If everything is going according to plan, the smallest player on the other team will switch onto your jumbo guard and be stuck in the post. All 4 of the other offensive players are spread out behind the 3 point line. Enter the ball into the post. The first option is to score quickly, before the other team sends a double team.

But there are lots of options to play with:

With all of these plays, it is important to remind your players that the play can help make them good, but their skill and creativity out of them is what will make them great.